IF you are wondering WHY the INSANE Satanic Jews' CONSPIRACY to SABOTAGE & DESTROY AMERICA is so powerful, widespread, and deeply entrenched... it's because JUDAISM is a CONTINUATION of the ASSYRIAN EMPIRE'S LUST to CONQUER THE WORLD... with the JEWS SPECIALIZING in PARASITIC CONQUEST by TREACHERY & DECEIT! They've had 3,000 years to PRACTICE HATING & SABOTAGING their latest host peoples!

If you're wondering WHERE did the JEWS BECOME SO FEROCIOUS
that they WOULD MURDER THOUSANDS of children to "harvest" their organs...
well, the JEWS ARE TO ASSYRIANS, as colonial Americans were to Great Britain -
a COLONY created by the IMPERIAL MOTHER COUNTRY on the march towards world conquest, a SUBSERVIENT COLONY  that latter grew in to DELUSIONS of INDEPENDENCE & SEPARATION - and if you read up on the Assyrians....
THEY WERE INFAMOUS FOR THEIR CRUELTY!

While the BIBLE TELLS Us that ABRAHAM was a CHALDEAN -
born in "Ur of the Chaldeans" - we use the term "Assyrians" as a generic term
for the REIGNING SEMITIC EMPIRE that CONQUERED THE KNOWN WORLD
before it, in turn, was conquered by the Babylonians.
So why do we say the Jews were descended from the ASSYRIANS,
and not from the Chaldeans (or Babylonians) as the bible states?
Because while the Hebrews were establishing themselves as a unique culture in the Canaan highlands,  the NEO-ASSYRIAN EMPIRE RULED the entire Palestine/Syrian region...
and, while the BABYLONIANS were TOLERANT of other cultures,
the ASSYRIANS WERE NOT!
JEWS - like their ASSYRIAN FOREFATHERS -
are ALWAYS ON THE MARCH
to SUBJUGATE & EXTERMINATE
anyone they ever come in to contact with!
But whereas Assyrians CONQUERED PEOPLE in OPEN warfare, the JEWS HAVE SPECIALIZED for 25+ centuries  in CONQUERING **all** peoples and host nations they ever come in to contact with... by INSIDIOUS TREACHERY, DECEIT, & SABOTAGE from WITHIN an unsuspecting host peoples!

Why DON'T they teach about the FIRST CIVILIZATION -
the Sumerians - in OUR SCHOOLS??
Because the JUDEO "elites" WHO RULE
the academia & public schools  BUREAUCRACIES...
can not allow the HISTORICAL TRUTH
to IMPOSE on their FAKE HISTORY
Judeo supremacist  FALSE  NARRATIVE !!!!

a more extended discussion on the SUMERIAN origins of bible Judaism...
and hence of "western civilization"
"Why The Sumerian Civilization is Way Too Controversial for Mainstream History"

...a FRAUD & CRIME AGAINST HUMANITY
brought to AMERICA, IRAQ, and the world 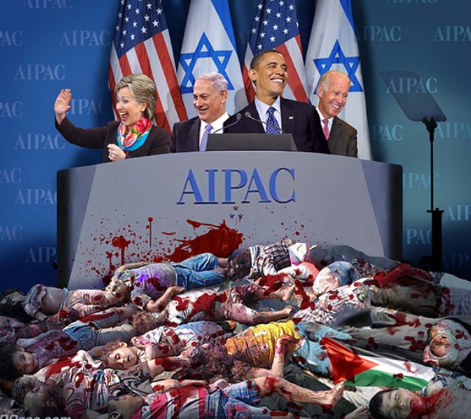 
JUDAISM is BASED on LIES, THEFT,and CREATING a FALSE NARRATIVE!!

"Their [SUMERIANS!]  STORIES
PROVIDED OUR  FOUNDING MYTHS,
THEIR MEMORY LIVES ON
in the OLD TESTAMENT"!!!

JEWS who FAIL
to GIVE THE SUMERIANS CREDIT
for the MYTHS, LEGENDS, & CULTURAL PRACTICES

that the Semitic Jews APPROPRIATED
and CLAIMED AS THEIR OWN...
are LIARS, PLAGIARISTS (thieves!) and...

to WIPE OUT, ERASE the MEMORY
of OTHER PEOPLES IS A FORM OF GENOCIDE!!!


"The Arabs, A Brief History"

explains the austere,  BROTHER vs BROTHER,
emerged out of Arabian desert

...are the SAME STUPID, INSANE JEWS
who CLAIM THAT THEIR  (mythical!)
patriarchal fore-father ABRAHAM
was a CAMEL RIDING NOMAD...
just like the Bedouins!

JEWISH author  ARTHUR KOESTLER
- far from CONDEMNING the KHAZARS
for being (allegedly!)  the origins of  the
"modern"  INSIDIOUS TREACHERY
Frankist/Sabbatean
"DEFILE EVERYTHING WE TOUCH"
SATANIC  JUDAISM that today RULES THE WORLD...

CREDITS the KHAZARS with SAVING CHRISTIANITY by PREVENTING  ARAB INVADERS from ASSAULTING BYZANTIUM from the East !!
(because the Khazars were able to throw the Arab armies out of Khazaria;
thereby saving Christian Byzantium to the east)


- just like the HUNS, TURKS, PERSIANS, MONGOLS,  SCYTHIANS, and other nomadic horse peoples -

they were no more sinister than any of those
other well known nomadic tribal nations,

whereas EVEN BIBLICAL  JUDAISM
was INHERENTLY TREACHEROUS:

the "god" of the JEWS  SENDS A FAMINE
on Palestine...

...yet a FEW SHORT GENERATIONS LATER,
the JEWS are HATING THEIR EGYPTIAN HOSTS...

...and WISHING PLAGUES, FAMINES,
DEATH SQUADS & other CURSES
UPON their EGYPTIAN HOSTS...

and, forever after, the DEMONIC JEWS are
CELEBRATING the KILLINGS
of EGYPTIAN CHILDREN!

story that is the horrific "foundation" OF LIES!
upon which JUDAISM is based ever after!


One quick glance at the JEWS'  central,
core "passover" story reveals...
that JUDAISM IS HATE SPEECH !!!!