LYNCH MOB JEWS have TURNED AMERICANS, BRITS, & the entire British Commonwealth + Europe "Western Civilization" in to BRAIN-DEAD MUSH -  lobotomized fools & global mass-mass-murderous degenerate psychopath ghouls. The U.S., Britain, France, Canada, NATO, & Australian militaries - supported by their governments, corporations and controlled press, media, academia, and other cultural institutions - have been killing people by the millions to "deep state" commands & orders  all over the world  - with no realization and no remorse!
h/t WideAwakeGentile

GEORGE & AMAL CLOONEY
are SHOVED in to the
Western public's face by the
well-honed JEW PROPAGANDA media's  EMPIRE of HATE...

AMAL CLOONEY is from a country
where young girls are BRUTALLY cut in
horrific "female genital mutilation" procedures,
often by "religious authorities" with zero concern for medical hygiene,

and where WOMEN are ROUTINELY MURDERED
by their husbands, brothers, uncles, and family members
in so-called "HONOR KILLINGS" - the perpetrators
given IMPUNITY  by the "Saudi" state and
SHARAI "law" system to do so....

a country which is also


YET THE DEMONIC  JEWS and their NY, Hollywood OWNED media LYNCH-MOB toadies DARE to PUT THIS SATANIC WHORE FORWARD as some sort of "human rights" advocate!

AMAL CLOONEY is ANOTHER SAUDI
version  of HILLARY CLINTON uber aide
and reputed sex-partner HUMA ABEDIN:
(and reputed "gift" to Hillary - that is, a high-class slave)

INSERTED BY  the SATANIC
Rotschild ZIO-NAZIS JEWS
in to the highest circles of power, finance, or media

to UNDERMINE Western "leadership" and Culture.

These women - Huma Abedin & AMAL CLOONEY
are from a country where WOMEN are ROUTINELY MURDERED by their husbands, brothers, uncles,
and family members in so-called "HONOR KILLINGS"

...the MURDERERS given IMPUNITY
by the "Saudi" state and radicalized Islamists to do so.

Acountry - "SAUDI" ARABIA -  which is also
AS WE SPEAK is WAGING GENOCIDAL WAR
against CIVILIANS, BOMBED with US, Britain,
ISRAEL, France, & Nato supplied BOMBS
from high-tech aircraft & other weapons
(reputedly, according to VeteransToday and other sources,
including tactical nuclear warheads dropped on victims in Yemen!)

to PUT THIS SATANIC WHORE FORWARD
as some sort of "human rights" advocate!
THE JEWS ARE TRYING TO IMPOSE
their PUPPET "SAUDI" style RADICAL
head-chopping THEOCRATIC DICTATORSHIP
style regimes not only on to "Saudi" Arabia & Iraq,

not only on to SYRIA, on to YEMEN, and on to ALL the conquered, brutalized, hacked-up, dismembered,
chopped-up and balkanized nations in the Mideast...

but in to TERRORIZED, JEWS-RUN EUROPE,
Britain, France, Canada, Australia,
AND HERE IN AMERICA AS WELL!


The Saudi, Wahabist, Salafist flavor or "RADICAL ISLAM" is an artificial & wholly created STALKING HORSE for RADICAL TALMUDIC insane Zio-Nazi JUDAISM
which is metastasizing over the world like a plague from the Rotschilds personal Satanic fiefdom, the City of London privately owned state that does NOT answer to Britain!


At least the Radical Islamists, at least in theory,
ACCEPT CONVERTS:  JEWS DO NOT
(except in high power nobility & royalty marriages that advance their cause)

- and EXPRESSLY WANT TO EXTERMINATE
native populations - AS THEY HAVE DONE
in most of Israel, EXTERMINATING
or driving off the native Palestinians

...because it was far TOO ACCURATE

& far too INSIGHTFUL at  EXPOSING

the SATANIC JEWISH CONNECTION
with HEAD-CHOPPING "Saudi" RADICAL
JIHADI  ISLAMISTS
whose HIRED  TERRORISTS form the ARMIES
that the JEWS ARE USING to TEAR DOWN
and DESTROY nations in the Middle East...

AND in WESTERN EUROPE, Britain,
Canada,  Australia, AND THE USA as well!!


The good news is... this one excellent 20 min. video has
EXPOSED the SATANIC JEWISH PLOT to USE RADICALIZED
"Islamic" ARABS  to DESTROY the Western world!
and CAN BE VIEWED HERE:
https://gloria.tv/video/2gCNBn22qXPaC42trQDQYsmqK

to ALLOW the JEWS to SUBVERT
& CONQUER the world
by suborned BRIBERY, CORRUPTION, EXTORTION,
& INSIDIOUS TREACHERY from within
or by HIRED TERRORIST ARMIES,
or by US, Brit, France, NATO, & ISRAEL BOMBS from without....


a modern high-tech BOOK-BURNING by the SATANIC TRAITOR JEWS

Black Child Channel is one of THE MOST INSIGHTFUL and explanatory video producers anywhere... absolutely brilliant at finding and connecting the dots
especially about the SATANIC INFLUENCE pervading "American" media...
which is precisely why THE SATANIC JEWS who run google & you-tube SHUT HIM DOWN

The JEWS HIRING "illuminati" ARAB SATANISTS
to EXTERMINATE ethnic populations
is a REPEAT of at least a century of  EVIL JEWS'
behind-the-scenes malevolence:
could the Jews - in London, in Europe, IN AMERICA...
and of course IN TURKEY -
have CONSPIRED and BRIBED officials
to WHIP-UP a MASS-MURDER GENOCIDE
of an entire ethnic population
within the Ottoman empire (present-day Turkey)?! 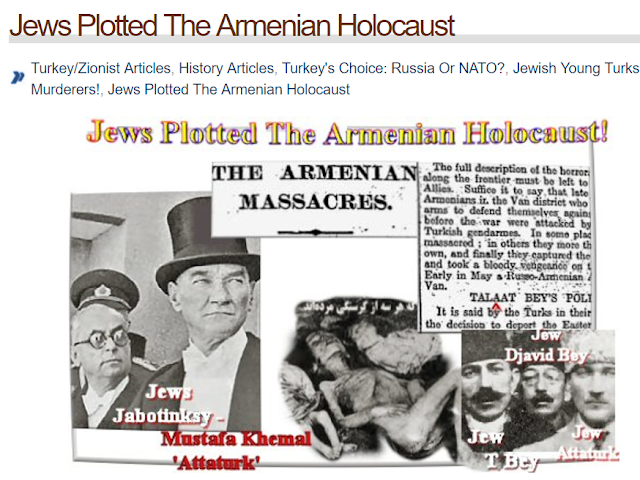 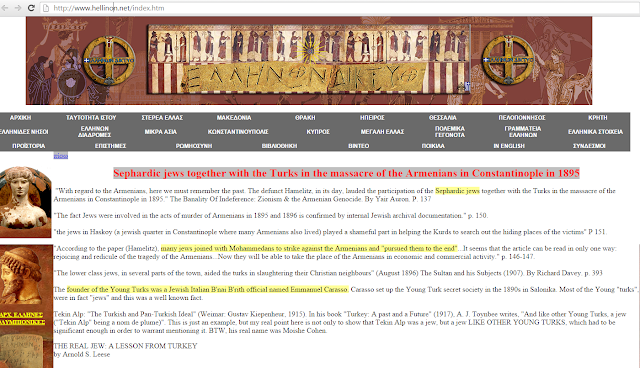 JEWISH descended JOHN BJERKNES fortunately has put together an encyclopedic compilation of much of the behind-the-scenes links, names, and policies that give substance to decades of rumors that  JEWS - in Europe, in Britain, and in America - FUNNELED MONEY to JEWS IN TURKEY
(the Ottoman Empire) and to the Ottoman government
WHIP-UP the PERSECUTION and ANNIHILATION
of ARMENIAN CHRISTIANS in the region (of Eastern Turkey)
by  Turkish militias and by Kurdish bandits

Well well well... look at that!
The very JUDEO-PHILE (jew-friendly) WIKIPEDIA...
...acknowledges
that  WEALTHY JEW "Duke Nassi"
CHEERED & aided the OTTOMAN EMPIRE
CONQUERING Christian (Venice) held CYPRUS in the 1500s...
much of whose CHRISTIAN POPULATION
was either MASSACRED, put to the sword,
or  ENSLAVED! 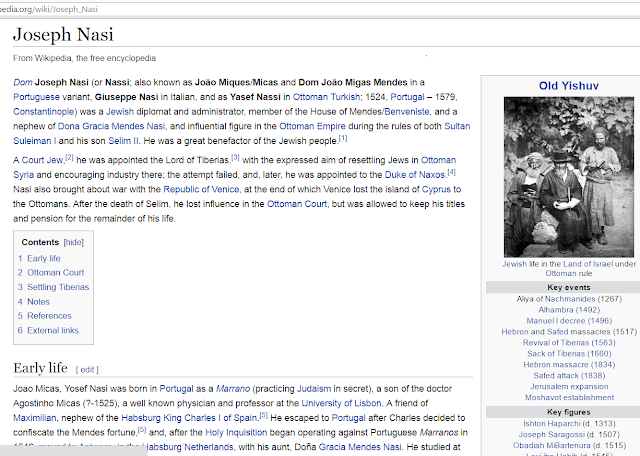 IN ONE Christian city, ALONE,
probably MORE CHRISTIANS were KILLED


-  with the COLLABORATION of JEW CONNIVING -

than were killed in ALL of the atrocities
against Jewish communities throughout
the entire Middle Ages to modern age!

JEW HATRED of Christians extended
from CENTURIES before either
"the pogroms" or "the holocaust"!