Hillary,   the overly flogged & beaten political whore
beast of burden   for her Zio-Nazi Rotschilds, AIPAC  pay-masters,
is now  verifiably insane:
SHE OPENLY DECLARES that she will treat internet "hacking" by other nations -
that is routine spying & electronic surveillance of the type that AMERICA PERPETRATES AGAINST OTHER NATIONS 24 hours a day, every day -
in the exact same way she would treat a nuclear missile attack on America!
Americans always regarded "Soviet" era Communist dictator  Khrushchev as a shoe-thumping Cold War bully and ruthless despot dictator:  but if Khrushchev had reacted to the United States SENDING SPY PLANE (which could easily have been armed with nuclear bombs) OVER 'Soviet' targets at the height of the Cold War  the way HILLARY SAYS   SHE WILL TREAT CYBER-ATTACKS... then we already would have had a massive nuclear WW III....

HILLARY CLINTON
says she will treat CYBER ATTACKS,
i.e. spying or  "hacking"  - in exactly the same way that
she would regard  a NUCLEAR MISSILE ATTACK
on America:


as a crisis  DEMANDING IMMEDIATE LAUNCHING of U.S. nuclear missiles

HILLARY CLINTON is INSANE,
her Rotschilds, Soros, AIPAC. GoddamnSachs, Fed,
CFR  masters
have FLOGGED  their political whore one time to many:

HILLARY is now THE MOST INSANE,
BELLICOSE, WARMONGERING,
potentially MASS-MURDERING presidential candidate
in U.S. history: she OPENLY & FORCEFULLY
states that SHE WILL START a NEW WAR -
ATTACK  Iran if she becomes president 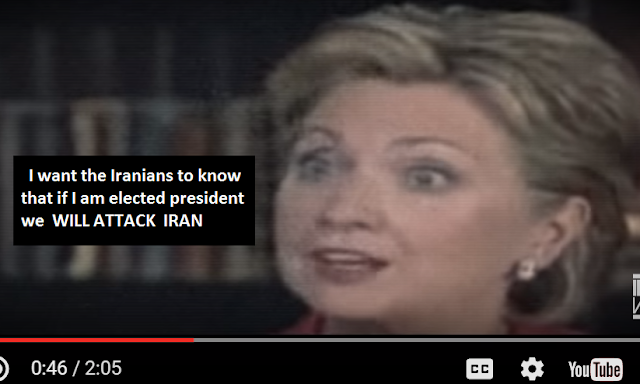 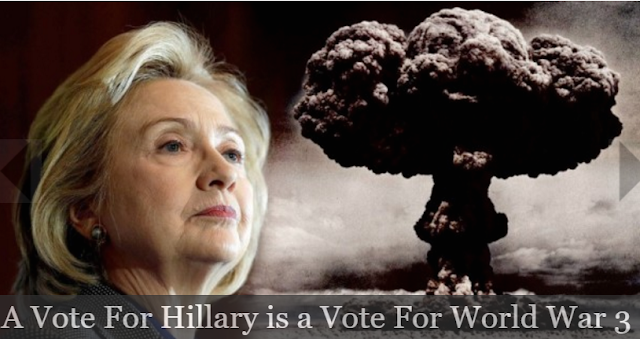 she says she WILL TREAT SPYING by Russia
"cyber attacks" or "hacking" - even it they're not at all proven to be by Russia!

...the SAME as a NUCLEAR ATTACK on America  by Russia -
even if Russia didn't perpetrate the alleged "cyber attacks"