BOYCOTT CNN, MSNBC, Sulzberger NY Times... and ALL HYPOCRITE, RACIST, SUBVERSIVE, TREASONOUS,  degenerate, RELENTLESSLY LYING
They all  _TELL us_  Americans  "that WE ARE RACISTS" for wanting to ENFORCE OUR  immigration LAWS,  in order  prevent a tide of  tens of millions of illegal immigrants from pouring in to America....  yet they all SUPPORT  RACIAL PURITY racism, segregation, apartheid, brutality, murder of political prisoners, and GENOCIDAL EXPANSIONISM and CRIMES AGAINST HUMANITY for the vile little JEWS ONLY state, israhell...   "a man who has TWO MASTERS can NOT be LOYAL TO BOTH" - JEW CORP. MEDIA WHORES who DEMAND RACIST POLICIES for JEWS in Israhell... while  CONDEMNING  us AMERICANS as "RACISTS!" for WANTING TO ENFORCE OUR  immigration LAWS... are SUBVERSIVE LIARS, TRAITORS, & SABOTEURS. 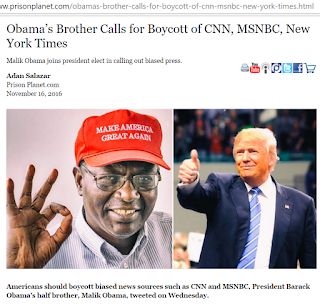 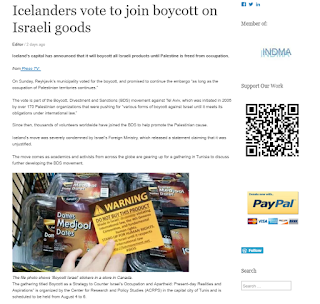 PROPAGANDA: LIES and DECEIT in order to WEAKEN and ultimately DESTROY one's enemies... is as old as time,  as old as the primordial battle between predator and prey
(who both use camouflage to try to increase their chances of survival by hiding from each other: a lion attempts to hide until the moment it attacks; and prey animals attempt not to be seen in the first place).


the THREE BIG ATTACKS on  AMERICA's social/ "general welfare" and "DOMESTIC TRANQUILITY" are  ALL THREE plots - in-your-face CONSPIRACIES - DESIGNED to  DESTROY America from within,  SUBVERSION by SABOTAGE - they are all three DESIGNED to TRANSFER POWER & wealth FROM Americans,  TO  "the Chosen" back-stabbing traitors and their hired armies of  of  "goyim" collaborators:

#1.  SERIAL ECONOMIC ATTACKS:  every one a "PUMP... & DUMP"  that uses  FINANCIAL TERRORISM as a means to either RAISE TAXES (the direct EXTORTION of American taxpayers by bribed & owned agents of government) for "BAILOUTS" or...  allowing the PRIVATELY OWNED, JEWISH owned & controlled so-called 'Federal Reserve' to institute a BACK-DOOR TAX:  "MONEY PRINTING" - INFLATING the MONEY SUPPLY  DEVALUES,  dilutes everyone else's wealth and savings by diminishing the value of the dollars (or dollar denominated assets) you hold....  if you are not "in" on receiving that fresh new tranche of  FRESHLY "printed" (actually, digitally created and the Fed's balance sheet with it's Big Bank creditors/debtors)   then YOUR savings are being ERODED by inflation.  CURRENTLY, the JEW BANKERS _behind_  "the Fed" have  EXTORTED from Con-gress and presidents "the right" to PRINT THEMSELVES $80 billion per month - a TRILLION DOLLARS PER YEAR - in so-called "Quantitative Easing" i.e. quasi-permanent "BAILOUTS."    For those who understand what we were able to describe in the above one paragraph... this is IN YOUR FACE  THEFT & EXTORTION of  10% of the entire American GDP... not only "hft" "High Frequency Trading" and other "legalized" INSIDER FRAUDS cumulatively = foreign financier ruling over GOVT EXTORTION of we, the American people.
(Of course, no one paragraph can outline 1 or 2 centuries or more of govt/financier CRIMINAL EXTORTION:  we have not mentioned JEWISH TREASURY SECRETARY Henry Morgenthau Jr.  INTENTIONALLY DESTROYING millions of tons of crops, livestock, dairy, orchards, and other critical food stocks DURING the "GREAT DEPRESSION" - AS AMERICANS WENT HUNGRY or even starved - as part of the Jews' insidious war to STARVE AMERICANS as the JEW COMMISSARS in "the Soviet" former Czarist Russian empire JUST BLATANTLY CONFISCATED FOOD in such vast quantities as to MURDER by STARVATION somewhere between 7 million and 20 MILLION Ukrainian & Caucus mountains victims of the Stalinist intentional famine "Holodomor" 1931-1932, alone.  Nor did we mention the BRITISH EAST INDIA company, in complicity with the British parliament and military,  ENGINEERING SIMILAR FAMINES - in IRELAND, in INDIA, in PERSIA - or how anglo/judeo propaganda is so much better at BLAMING the VICTIMS - the same model that drove Americans to REVOLT leading to the AMERICAN REVOLUTION is the exact same model the anglo/amer/ZIO-NAZI financial terrorist overlords are USING to WAGE WAR of  "austerity," ATTRITION, dispossession, and CRIMINALIZING AMERICANS, today....

#2.  Having witnessed America's  ability to FEED & SUPPLY VAST ARMIES and titanic (and very costly)  naval and air fleets  on the far side of the world during World War II, Americans post-WWII were not about to be "SENT BACK DOWN ON THE FARM" to STARVE from  INTENTIONAL FOOD-PRODUCTION SABOTAGE as they had during the entire DECADE of   "the great depression"....  so it has become necessary for the FINANCIAL TERRORISTS "powers that be ("TPTB")   to  HIJACK the "NATIONAL SECURITY STATE" to... not PROTECT Americans, but to  DISPOSSESS, disenfranchise, criminalize... and destroy them.    Don't forget:  THE POWER TO TAX is the POWER TO DESTROY, and  ALL  governments are "SOCIALISTS" in that they can DRAFT YOU in to their army - where, once you have been drafted in to the army, YOU ARE A VIRTUAL SLAVE, your superiors can not only assign you to duty in some forgotten hell-hole combat zone on the other side of the world... but they can ORDER YOU "over the top" (or some similar suicidal mission) that will lead to your (almost) certain death.
Indeed, the ENTIRE  "SOCIALIST" - "CAPITALIST"  divide is simply JUDEO INTELLECTUAL FRAUD, DESIGNED to  CREATE DIVISIONS ("divide & conquer") among the dumbed-down host population:  for ALL GOVERNMENTS  USE "SOCIALISM" to one extent or another (as we just outlined, the military DRAFT is the ULTIMATE form of socialism),  and all healthy economies DEMAND some form of protection for PRIVATE PROPERTY (e.g. "capitalism")  for healthy economies DEMAND TRADE with foreign neighbors,  and traders will not risk their own stock (trading goods)  or "CAPITAL" - the FUNDS INVESTED TODAY to make a trade tomorrow - unless they believe they will make a profit.    The ancient Sumerians & Mesopotamians (and, indeed, cultures far earlier than that) had EXTENSIVE TRADING NETWORKS that transported valuable goods from as far away as Afghanistan & India through the Mideast (Iraq, Arabia) to destinations as far away as Egypt in Africa & Celtic trade routes in Europe.   Then, as now, TRADE DEMANDS accumulating SUPPLIES to keep your camel caravan or trading ships going (i.e. "capital") - calculating your potential profit or 'ROI'  Return on Investment - because no one but a fool is going to put their precious gem stones on a camel caravan to a distant destination with a very low probability of getting a good ROI,  getting their "monetary"  value back  -  and speaking of  RISK/REWARD calculations,  those ancient trading routes  had INSURANCE contracts placed on the (sinking ships was a harsh reality common to the ancient trading world) - long, long, long before  JEW FINANCIERS arose to claim that they had written the book on "Capitalism."

#3  OVERT WAR on  states that RESIST the DICTATES of the "GLOBALIST"  JEWS wars of SUBVERSION & DESTRUCTION, DEGENERATION of nations from within:   the AIPAC, "NEO-CON" JEWS and their ARMIES of  HIRED  SAUDI & TURKEY TERRORISTS: the NEW "ARMENIAN GENOCIDE"  targets not only small nations like Syria.... and Serbia (the former Yugoslavia), and Iraq... but also intends to TARGET not only bigger nations LIKE IRAN, UKRAINE, & RUSSIA... but to include a GENOCIDAL WAR to  EXTERMINATE, "ETHNICALLY CLEANSE" EUROPE's entire population as well!
It has simply been impossible for Europeans to understand the depth and breadth of HATRED that JEWS FEEL FOR EUROPE... but from the Jewish point-of-view  "the HOLOCAUST" is merely one of a very long string of  European "white" Christian ATROCITIES against Jews...  and Jews, being the most vengeful an vindictive race on earth (far more so than even their Semitic, Arab cousins)  ARE secretively LUSTING TO  DESTROY EUROPE,  exactly as they used KOSOVO MUSLIMS to DESTROY YUGOSLAVIA and hand Kosovo from Christian Serbs to  Albanian Muslims.... who are closely aligned with AL QAEDA.