of "RISK" to U.S. Financial System"
OF COURSE the "U.S." economy
& financial system are "at risk" -
the JEWS run, RULE our economy.... and they put INCOMPETENT STOOGES  or traitor
ECONOMIC SABOTEURS in to all
of our top govt. & finance positions!
ECONOMIC STOOGES vs ECONOMIC TERRORISTS:

Ben Bernanke is a USEFUL IDIOT, he is too stupid, arrogant, & too  full of his secular Judeo Supremacist hubris (as opposed to bat-shit crazy Talmudic judeo supremacism)  to understand that his position at the "Fed" was to SABOTAGE the U.S. economy... and thus to DELIVER tens of MILLIONS of Americans in to economic slavery /  DEBT BONDAGE to the GODDAMN-SACHS & 'Fed' ZIO-NAZI  TRAITORS & financial terrorists...
By comparison, LITTLE TIMMY GEITHNER  SHOT THROUGH the ranks of U.S. government & trade policy positions - first as toady to  HENRY KISSINGER ASSOCIATES, then as career toady to then GODDAMN-SACHS  legal consel > Co-CHAIRMAN at GODDAMN-SACHS  BOB RUBIN  -  precisely because Geithner was SUCH A GOOD ECONOMIC SABOTEUR:  not merely an "ECONOMIC HIT MAN, but an                           "ECONOMIC DEATH SQUAD LEADER"
in  David DeGraw's colorful depiction:


below image:
BILL CLINTON
in a moment of honesty admits:

= an INVITATION to FRAUD in critical financial markets...

to SOLE BENEFIT of JEW FINANCIERS

BUT a decade,  and A HALF BILLION DOLLARS
in LEGALIZED BRIBES "campaign donations"

to the "CLINTON CHARITY (sic) FOUNDATION" 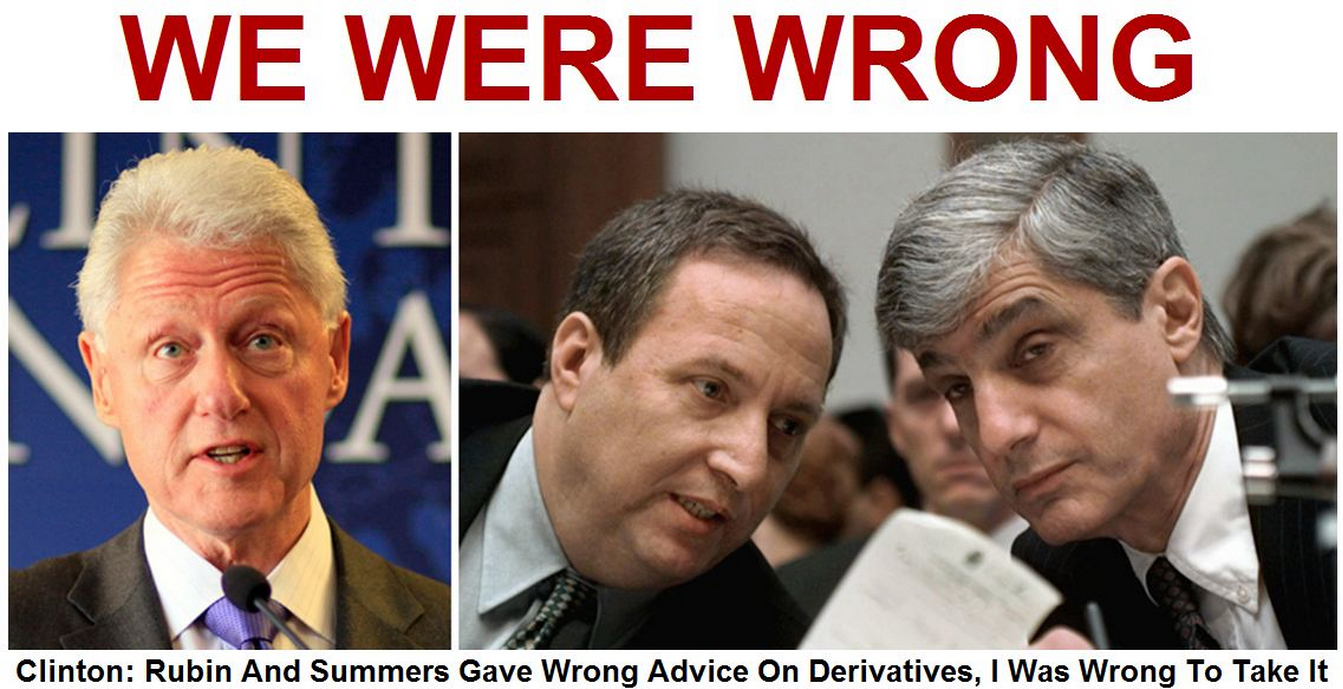 against We the people and the Economy of the
(late) "United" States of America...

they are ALL put there to TRANSFER billions
TRILLIONS of dollars FROM Americans... 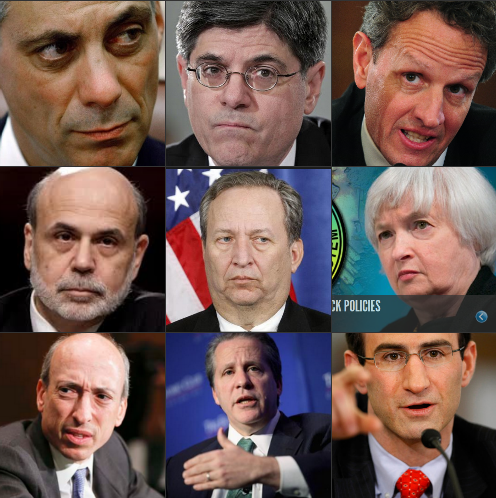 - because there's TRILLIONS of dollars to be made
by JEW VAMPIRE  traitor financiers  &  their
'goyim'  non-jew traitor collaborators...

...in DEFRAUDING hundreds of millions of Americans,
and in LOOTING the American economy, treasury,
and natural resources: 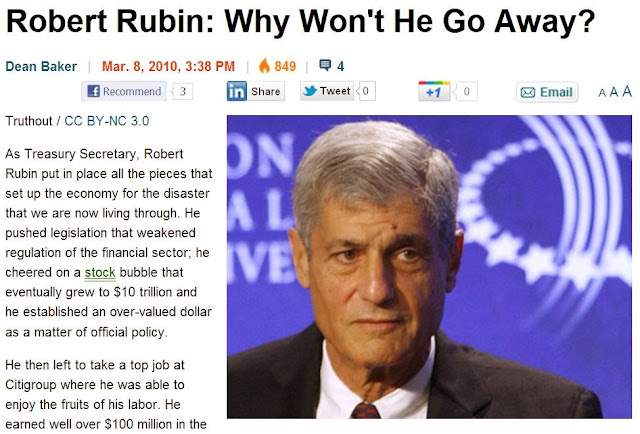 
"As we now know, Obama had been supported and cultivated since 1992 by Bettylu Saltzman, the daughter of Philip Klutznick, Chicago's leading Zionist, to be the first "black" president of the United States.  The fact that Obama is no more black than white and has nothing in common with the blacks of the segregated South, was played down during the campaign.

Chicago is a segregated city but Obama is not really from Chicago at all.  He is the offspring of a mixed-race marriage, a mulatto who was raised by his white grandparents in Hawaii after being abandoned by his Kenyan father. More than anything, however,  Obama is a puppet of his Zionist handlers,  people like David Axelrod and Rahm Emanuel.  This sad state of affairs was painfully evident when Obama, who is used to reading from a script, was asked impromptu questions during his trip to Europe..."

"...the only discourse emanating from Washington boils down to PENTAGON
[JEWS' trillions of  FARTED out of THIN AIR dollars;  'Federal Reserve'  QE-infinity money printing to BRIBE generals & DoD POLITICAL TRAITOR WHORES]
OBSESSION with CONFRONTATION [vs. China] in the South China Sea,  and [with]  White House obsession with TPP,


...Kishore Mahbubani, dean of Lee Kuan Yew School of Public Policy at the National University of Singapore, has been clever enough to propose a way out.

What if Washington accepted a Chinese contribution

US economy from the Pacific to the Atlantic?  This China-US partnership in infrastructure would be, according to Mahbubani, a “match made in heaven”.
The American Society of Civil Engineers has projected    a $1.44 trillion INVESTMENT FUNDING GAP in the US between 2016 & 2025**
generating a huge drag on business, exports and incomes,

["INVESTMENT FUNDING GAP" = SABOTAGE!
THE ENTIRE GOAL & INTENTION of  JEW-NAZI SABOTAGE of yet another of their host nations/empires!]

...China would have the financial and institutional capacity to build that much-needed infrastructure. TPP is a dead end.

REAL activity in ACTUAL PRODUCTIVE ENTERPRISES that have, collectively,

been    STOLEN from We the AMERICAN PEOPLE & THE AMERICAN ECONOMY over the past decades,

and WHITEWASHING  PERJURY
by  LYING COPS, PROSECUTORS, and JUDGES
out   of the story Americans see & hear,

is all just part of the SADISTIC,
BLOOD-THIRSTY, psychopathic
JUDEO traitors carnival of CANNIBALISTIC FUN!!

...and HANG THEM ALL  for TREASON
against We the People of these late "United" States !!!