"NO high-rise building has EVER collapsed from fires"
including RAGING INFERNOS that lasted for HOURS & days...
the U.S. government & corporate whore media's

'NARRATIVE'
explaining the collapse of the NY WTC towers on 9-11
is  PURE LIES,  as this video irrefutably demonstrates 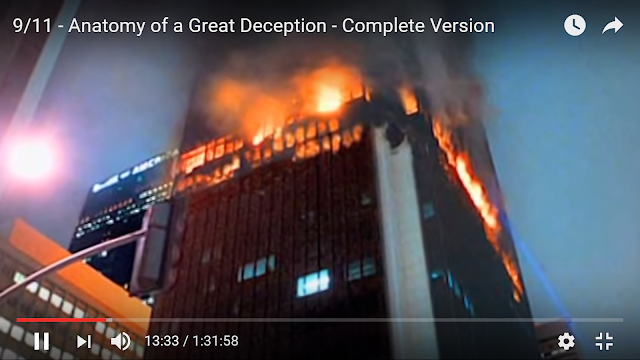 All of  these videos were produced by "ordinary Americans"
who...  took it upon themselves to
do  the job that the ENTIRE  "United States" government
should be doing:

assessing, analyzing, deconstructing,
& following the chain of evidence to find out
who REALLY perpetrated the 9-11 Terror Attacks.

Not only did these courageous individuals do THE ENTIRE "U.S." GOVERNMENT'S JOB on their own time & dime...

but they did so at great cost & risk to their careers and relationships, if not to their own lives and families.


ANATOMY of a GREAT DECEPTION:

After watching this entertaining, meticulously researched, and very well produced documentary  JUST ONE TIME  you will have ABSOLUTELY NO DOUBT that 9-11 was an "inside job"
- that the EXPLOSIONS that TOOK DOWN the NY WTC towers
could ONLY have happened if  TONS and TONS & TONS
of  EXPLOSIVES had been PRE-PLACED in the buildings.
We now know - because of the excellent information in these videos and from other sources - that ISRAEL GOVERNMENT AGENTS - "Mossad" spies and Israeli explosives & demolitions experts -

or as "Fireproofing upgrade technicians" to perpetrate the drilling, running of cables;  & placement of explosives
that culminated in the 3 weeks before 9-11 went down.

To repeat, WATCH THIS VIDEO and
you will be permanently disabused of ever
believing the atrocious official U.S. government
or corporate whore media story.

Part of the appeal of this video is that the writer did NOT even start questioning the official U.S. government 9-11 narrative  until 2011...
and when he did start investigating the LIES & ABSURDITIES of the 9-11 atrocity, he could not believe what he was discovering,  his increasingly obsessive research very nearly

"drove his marriage & his belief system to the point of disaster"


"After reviewing HUNDREDS of fires,
I could find only THREE OCCURRENCES
of fire bringing down a steel framed high-rise in all of history;
and ALL THREE were ON 9-11." (at 15:22 in video)
"High rise buildings simply
DO NOT COLLAPSE  due to fires."

The official U.S.  GOVERNMENT STORY
about what happened on 9-11

9-11 Mysteries Demolitions:
This is the outstanding video from which we produced our
photo montages of  massive, white-hot blasts
-  from tons and Tons & TONS of pre-placed explosives -
blasting out of the doomed towers


In 2005, a 20 hour RAGING INFERNO engulfed
the WINDSOR TOWER in MADRID, Spain...
but the tower & steel structure
REMAINED STANDING & INTACT !! 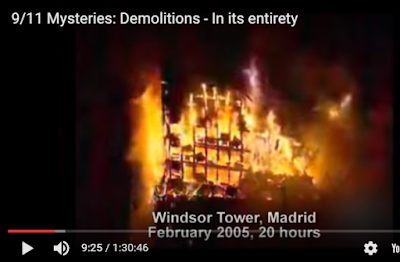 9-11: the START of a MASSIVE EXPLOSIVE SEQUENCE,
a massive BLAST WAVE SEQUENCE
BLASTING out of the building,
SIGNALS the NY  WTC towers are
BEING TURNED TO DUST
US govt & corp  media LIARS
try to PORTRAY MASSIVE EXPLOSIONS,
BLASTING  out  of the WTC towers
as "collapse due to fires"  !!!! 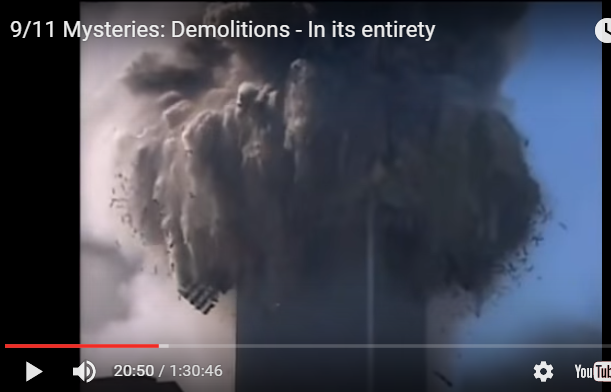 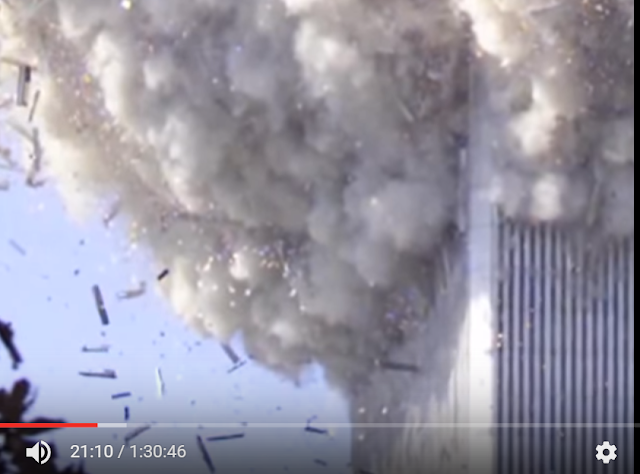 LIARS & TRAITORS in the "U.S." government & corporate WHORE media try to explain these catastrophic explosions
as the result of "office furnishings fires"
(or as"jet-fuel fires" - which had burned off an hour before almost instantaneously! -
or, most ludicrous of all,  as "the force of compressed air escaping from pancaked floors"!) 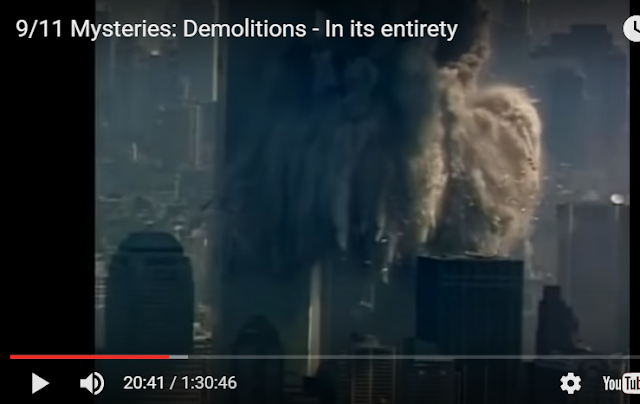 
MASSIVE EXPLOSIONS  ENGULF
one of the  WTC towers
in a HUGE 'cotton ball'  of
CONCRETE TURNING to DUST...
Yet, to repeat,   the CORPORATE WHORE media and LIARS in the "U.S." government try to EXPLAIN THIS AWAY as "jet fuel fires" or "office furnishings fires" or "compressed air escaping from pancaked floors" 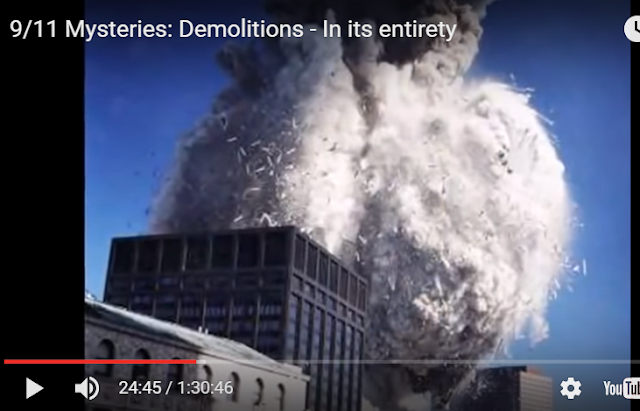 CIA  Agent SUSAN LINDAUR
was PERSECUTED and PROSECUTED
under the NAZI-esque "P.A.T.R.I.O.T. Act" -
by the LIARS  &  TRAITORS in
the "United States" government -

- for EXPOSING WHAT SHE KNEW about  CIA & GOVERNMENT LIES about the 9-11 attacks...

including her knowledge, presented in this video,
that for TEN NIGHTS in a row,
leading up to the week immediatel
before 9-11,
2 to 3 UNMARKED WHITE VANS came in to the towers at 3 am,

THREE IN THE MORNING, long AFTER the midnight CLEANING CREWS had departed the building;

and that those vans always DEPARTED

yet the  LIARS and TRAITORS  in the U.S. government  PROSECUTED courageous CIA
"whistle-blower" Susan Lindauer for telling the truth about those mass-murderous, TREASONOUS, anti-American, anti-humanity "FALSE FLAG"   terror operations !!