RUSSIA & Syria TURNED the TIDE for all of HUMANITY's WAR vs TERROR: By REFUSING TO COLLAPSE against America's (the USA's), the Saudi's, & JEWS' HIRED TERRORIST MERCENARIES !! HANG THE TERRORIST SUPPORTING TRAITORS !!!

How RUSSIA & Syria
TURNED THE TIDE on TERRORISM....


HANG THE TERRORIST  FUNDING TRAITORS
wherever they may be:  In U.S. government, in NATO, in European parliaments,  on Wall Street,

in corporate media whore offices... or in TEL AVIV !!

...to BOMB, MACHINE-GUN,  besiege (embargo), and otherwise MURDER & TERRORIZE  SYRIANS for YEARS NOW!
It's time these evil pigs faced the consequences of THEIR SUPPORT for TERRORISM, MASS-MURDER, and the ILLEGAL, COWARDLY, unconstitutional  (undeclared proxy wars)
DESTRUCTION OF NATIONS:


IT IS LONG PAST TIME for _AMERICANS_ to RISE UP against their treasonous, TERRORIST FUNDING & ECONOMIC SABOTAGE overlords      TURN OFF  Fox 'news' & CNN,

and  TAKE BACK AMERICA from these TRAITORS,  USURPERS and diabolical killers who believe they are ENTITLED to  INSTIGATE TERRORISTS, wreck economies, and destroy nations.....
INCLUDING "FALSE-FLAG" mass-murderous
TERRORISM IN AMERICA,
aimed at Americans but blamed on foreign patsies -

"THEY" are STILL IN POWER,  "THEY" are still in control,

"They" still PROFIT from both sides of the "war on terror" -
they profit from  huge government contracts "fighting terrorism"
_and_  "they"  CONTINUE to PROFIT from those huge, titanic  CIA & 'Defense'  department BLACK OPS budgets  that have been FUNDING   ENTIRE ARMIES of TERRORISTS for years now - in full view of the American public and world! - money that goes STRAIGHT TO ISRAEL and is passed back to AMERICA to BUY, OWN, and CONTROL _our_ politicians...

....including those massive "BLACK OPS" budgets that  fund & direct
"false flag" TREASON/TERROR ATTACKS against us Americans HERE IN AMERICA...

"THEY" WILL DO IT AGAIN - instigate & fund FALSE-FLAG TERROR ATTACKS AGAINST AMERICANS, HERE IN AMERICA...

just as surely as "they" FUNDED
_AND_ARE_STILL_FUNDING_

ENTIRE ARMIES of TERRORISTS  to TAKE DOWN SYRIA!!

WAKE UP, AMERICA!
SYRIANS have been FIGHTING AND DYING to defend their country AGAINST wave after wave after wave of  AMERICA & ISRAEL INSTIGATED TERRORISTS  for years now...

"They" may have been stymied in their attempt to destroy Syria, turn it in to a rump, factionalized, partitioned, and "ethnically cleansed" destroyed state as a prelude to the demonic Judeo supremacist state (israel) ANNEXING  Syria unto itself....

... but THEY HAVE PAID NO PRICE  (other than defeat for their hired terrorists),

and  "THEY" are still bent on their 30 centuries, 2,500+ years' efforts to extort, enslave, subjugate and exterminate everyone around them....

"THEY" are STILL IN THE DRIVERS' SEAT,  "THEY" have PAID NO PRICE for  FUNDING & DIRECTING TERRORISM;  "THEY" CONTINUE TO PROFIT from  MASSIVE GOVERNMENT CONTRACTS to _allegedly_  "FIGHT" the War on Terror...

....and  "THEY"   STILL CONTROL  MASSIVE  "BLACK OPS" budgets that can fund  ENTIRE ARMIES OF TERRORISTS  RIGHT OUT IN plain sight, in full  VIEW of the world & American public...
.... including  the ability to set off  serial "FALSE FLAG'"  TREASON/TERROR ATTACKS  AGAINST  the AMERICAN PEOPLE  HERE IN AMERICA.

"THEY" are CORNERED RATS or lethally poisonous vipers - they WILL STRIKE AGAIN
- they can not allow the American people to come to their senses -
and they are nothing if not patient, persistent... determined, and diabolical.


"HOUSTON CONTROL,  we have a problem"  are the famously understated words of Apollo 13's mission commander after a huge explosion in a critical oxygen tank very nearly killed outright or left (fatally) stranded in space all three of  Apollo Mission 13's astronaut crew,  200,000 miles from earth and still on their way to the moon.
The phrase has become synonymous with American understated but resolute professionalism and determination to confront and manage critical, life threatening, and nearly insoluble problems.
(As their command module's oxygen, light, & batteries drained to near-zero - and certain death - the crew scampered aboard the spidery lunar module, and with Houston Control, NASA, & contractors' feverish improvisation and tireless simulations, managed to not only survive the explosion and loss of oxygen,  but were able to reverse the near-powerless spacecraft's trajectory and return home to earth... alive.)

WE AMERICANS  TODAY  are in exactly that same,

that Apollo 13's astronauts found themselves in.

but the TRAITORS  who FUNDED, instigated, & directed those TERRORISTS are STILL IN POWER IN AMERICA, in Europe, and especially in ISRAEL...

AND THEY are STILL  WAGING WAR
ON HUMANITY.

"THEY" have paid  NO PRICE,   "they" have SUFFERED NO CONSEQUENCES

for  FUNDING, instigating, & DIRECTING TERRORISTS  to KILL PEOPLE in LARGE NUMBERS...
... and "they" are  STILL in  CONTROL  not only of the European & U.S. governments...

but  "THEY"  CONTROL  the U.S. & European economies, the entire financial system that  CONTROLS _all_ production and distribution of goods and services in Europe & America... including food, water, power, shelter (housing) and all other essential & non-essential,
normal or emergency goods & services that affect daily life in America.

The STATE DEPARTMENT,  'JUSTICE' department, and Treasury Department's agencies to "COMBAT TERRORISM FUNDING" are all three
(along with CIA, NSA, DIA, etc.) A FARCE!


WHERE are the "U.S." GOVERNMENT PROSECUTIONS
for FUNDING TERRORISTS?! 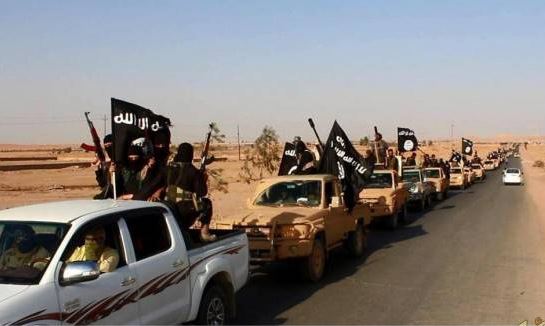 "Your" evil, hijacked government will prosecute you for "FUNDING TERRORISM" for sending a lousy $30 check to a hospital charity that  _they_ have deemed "a terrorist front group" -
-  even as they just blatantly use U.S. government agencies and "BLACK OPS" budgets to SPEND BILLIONS FUNDING TERRORISTS to TAKE DOWN Libya & SYRIA,
(Ukraine, Africa, & etc. etc. etc.) !!

HAVE TURNED the _entire_ U.S. GOVERNMENT
into a MASS-MURDEROUS  demonic FARCE

and now for a little historical perspective on "FINANCIAL TERRORISM"....


What's amazing about 'the Great Depression' is that in _1920_ America was at the very pinnacle of WEALTH, PROSPERITY,  world history, and world power:  our industry had powered the Allied armies against Germany during those long WWI years;
our farmers had fed millions of hungry souls in those Allied armies and war-torn nations; and
OUR BANKS contained ALL THE GOLD and loan notes (*debts*!) that the entire British & French empires had handed over to American industry in exchange for the armaments, supplies, food, and financing they desperately needed to keep them in the fight against Germany...

THAT WE Americans WERE BROKE, penniless,
and IN DEBT... TO THEM! 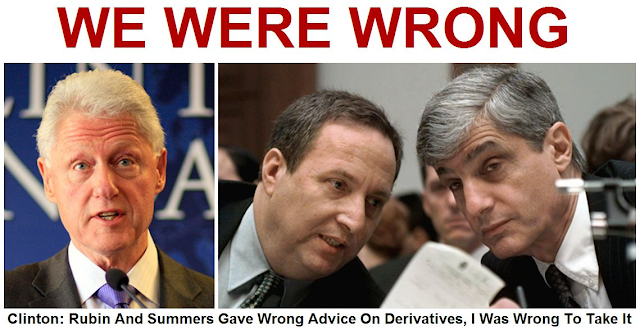 IF you think we are exaggerating about "there is no difference between the "Democrat" WAR-MONGERING, TERRORIST SUPPORTING,  TREASURY LOOTING  ECONOMY KILLING Jewish apparatchiks and their REPUBLICAN  partners in crimes....
just notice in the below illustration that SHELDON ADELSON is the well known radical Right-Wing REPUBLICAN campaigns funding (legalized bribery) "SUGAR DADDY" and....
Israeli ZIO-NAZI  JEW HAIM SABAN performs the exact same "JEW BILLIONAIRES JUST WANT TO NUKE 55 million Iranians" function from the "Democrat" side...

"OBAMA's BIG SELLOUT" -
to his RUBINITES  Goddamn-Sachs/Citi/Fed
ECONOMY KILLING  FINANCIAL RAPISTS:
because the moment that Americans claw their way out of
ONE INTENTIONALLY PERPETRATED ECONOMIC CRISIS
(the early 1990's Bush-I RECESSION, or the Sept. 2009 Bush-II WALL ST. CRASH)

...is  THE MOMENT the  FINANCIAL TERRORISTS
&  ECONOMIC SABOTAGE TRAITORS  start planning
their NEXT ATTACKS on America's economy,
financial system, and private wealth of the American public... 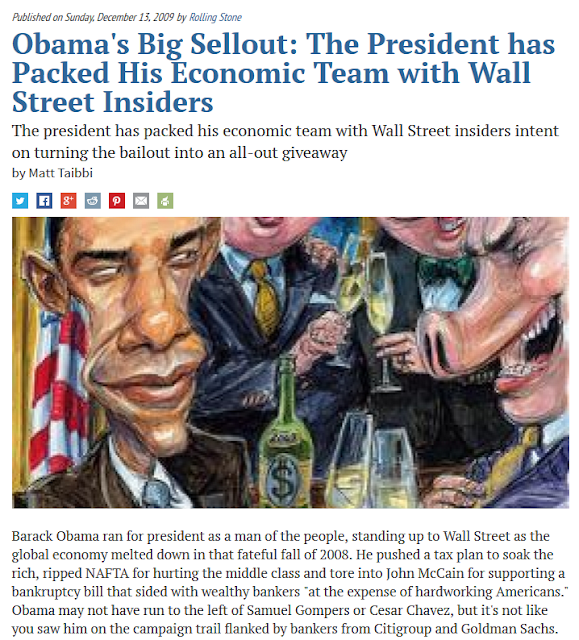 The entirely predictable consequence of "OBAMA's BIG SELLOUT"...
which is to say, "STUPIFIED American COMPLICITY or PASSIVITY with SERIAL FINANCIAL CRIMES and ECONOMIC SABOTAGE:
two of Bob Rubin's underlings now control the 'Fed' and U.S. Treasury...
and "WARN" us Americans of the "RISKS" to our financial system!

JACOB LEW is a CURRENT "U.S." TREASURY SECRETARY... put in place by his Zio-Nazi Jew billionaire overlords to FUND  "ISIS" TERRORISTS in SYRIA, to FUND  Neo-NAZI UKRAINIAN TERRORIST in RUSISIA,

and  for the same reason that HENRY MORGENTHAU Jr. was installed as  puppet president Franklin D. Roosevelt's TREASURY SECRETARY: to MAKE THE GREAT DEPRESSION _WORSE_  for  millions of  Americans... including the STARVATION and other economic trauma related deaths of EIGHT MILLION AMERICANS....
_as_Treasury Secretary Morgenthau  used scarce American dollars
(made scarce by ecnomic SABOTAGE  TREASON of the FED bankers)
to PAY FARMERS to DESTROY  millions of tons of American foodstuffs...
AS AMERICANS WERE STARVING!!


UNTIL AMERICANS wake up and   _CONFRONT_  this CYCLE  of  "Fed" and billionaire financiers ENGINEERED FINANCIAL ATTACKS &  ECONOMIC SABOTAGE
and direct "bailouts" and "QE"  _EXTORTION_
to enrich the parasites & FINANCIAL TERRORISTS...


and  FALSE FLAG  TERROR ATTACKS
IN America...   against AMERICANS
WILL CONTINUE

-  an ABSOLUTE  JUDEO BILLIONAIRE pyschopaths controlled  DICTATORSHIP  OVER every life in  AMERICA...

FEINSTEIN, BLOOMBERG, LEVIN, SCHUMER, EMANEUL, LEW, WOLFOWITZ:
they ALL SUPPORT FUNDING "ISIS"  TERRORISTS to  MASSACRE PEOPLE ALL OVER the Mideast.. in to Africa & Central Asia,  in the Ukraine,  IN EUROPE... and they ALL WHITEWASH  MOSSAD  & U.S. government "FALSE FLAG" TREASON/terror ATTACKS  AGAINST us AMERICANS  HERE IN AMERICA...
HANG the TERRORIST FUNDING,  9-11 WHITEWASHING  TRAITORS !!
The amorphous, hard-to-define  EVIL that President Wilson felt and wrote about before he died (probably poisoned) in the early 1920s now has a name & a face: 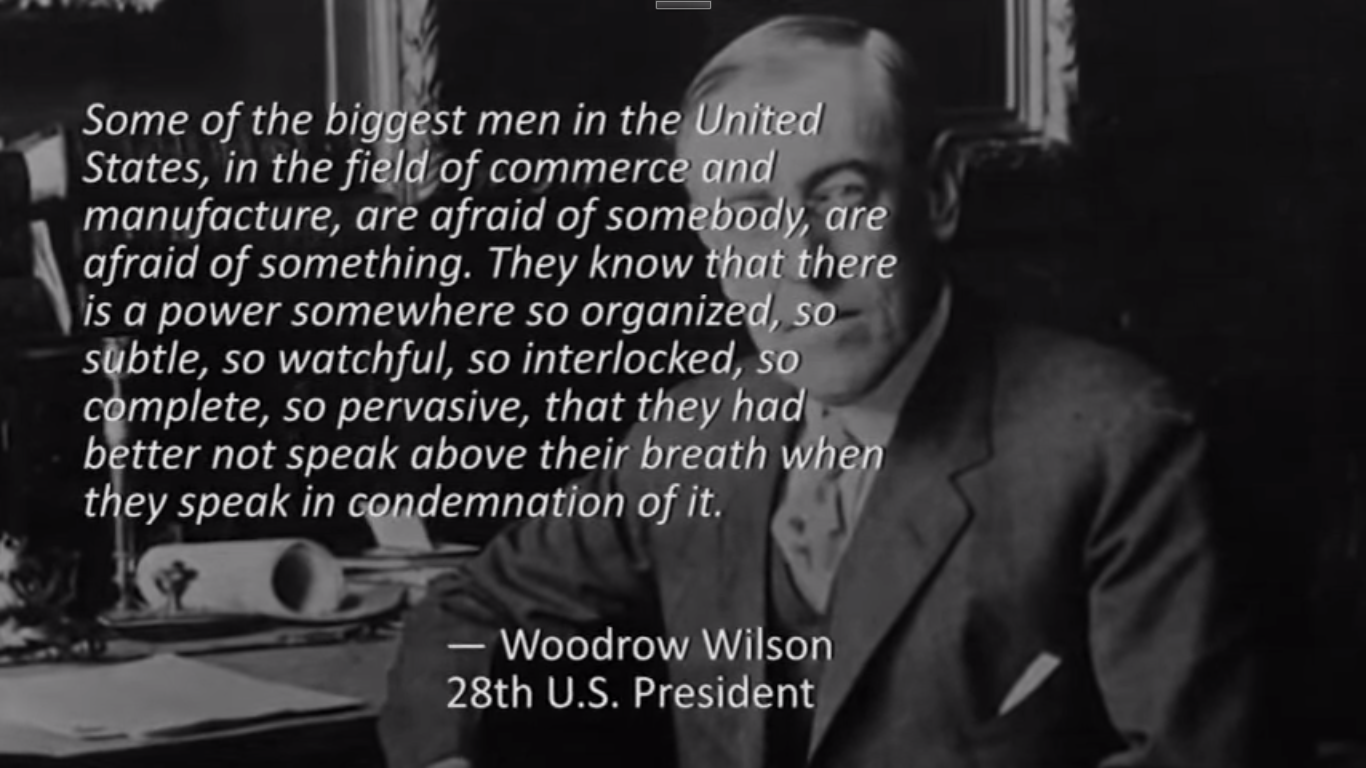 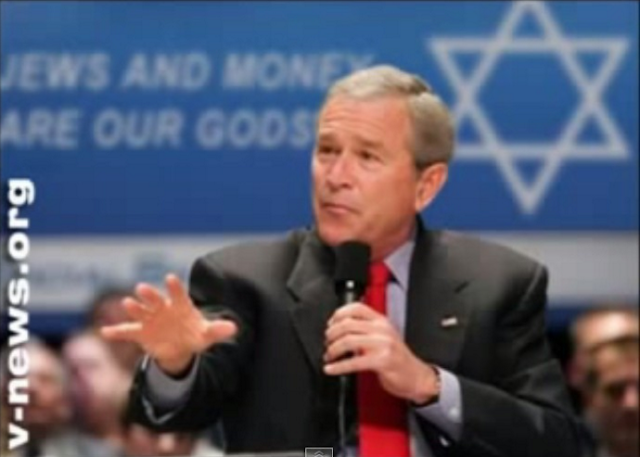