For those who say that  we are being "RACIST"  or   "anti-Semitic" for pointing out these horrors,
these cold, hard facts...
just remember the photo montage we previously posted...  of  the top-dog 'Democrat" Party
JEW COMMISSARS most loudly and vocally pimping the CRIMINALIZATION of  gun ownership in America...
CONTRASTED with  their _SUPPORT_  FOR U.S. taxpayers supplied MACHINE GUNS for  racist, genocidal Jewish "settlers" (and children!) in Occupied Palestine...!
(we couldn't even make this gross, treasonous, anti-American, AMERICA HATING hypocrisy up!)

...and realize that this (the jew state, israel)   is a state of  5 million lousy anti-humanity ghouls... who WANT TO DICTATE policy  to,

but they explicitly believe they are "commanded by g-o-d" to RULE  EVERY nation & god-damned (literally!  if you weren't born jewish!) person on earth!

(including pitting the Indian Hindus against the Indian & Pakistan Muslims, and of course doing next to CHINA's 1 billion people what they are currently doing to RUSSIA - terrorize, divide,  exploit, extort, enslave, and exterminate...)


TRAITOR  WHORE "U.S." corporate press/media may pretend STUPID about the reason for ISIS = al QAEDA's  stunning successes overcoming the Iraqi army and invading towns & cities all across  Iraq over the past few weeks, but there is NO mystery:

the EVIL JEW TALMUD _proscribes_ TORTUROUS EXECUTIONS for "enemies"...
because JUDAISM is an INHERENTLY TERRORIST mass-murder CULT,
who have NO QUALMS about ROBBING AMERICANS of their rights & freedoms because of the alleged "WAR ON TERROR" -  EVEN AS THEY GET their U.S. GOVERNMENT TOADIES, to SEND BILLIONS of American taxpayer dollars TO THOSE  EXACT SAME god-damned TERRORISTS, whether in Syria, Libya, IRAQ, Iran... or RUSSIA, LONDON, & Europe!

REGARDLESS of  what the ANTI-AMERICAN,  TERRORISTS & TREASON WHITEWASHING  LIARS & TRAITORS  at the WASHINGTON POST,

THERE IS NO MYSTERY  why "ISIS" or "IS"  - the rebranded AL QAEDA - is capturing so much territory in Iraq & Syria - because the JEWS (mossad) and their AMERICAN GOVT. & military PUPPETS, are DIRECTING the ISIS TERRORISTS with satellite imagery & intel...

and they are SUPPLIED WITH the BEST WEAPONS MONEY CAN BUY, from their SAUDI, KUWAITI, QATARI, & etc. paymasters.

The WASHINGTON POST and NEW YORK TIMES - after spending the entire decade of 2002-2012 PIMPING  BUSH, CHENEY, & WOLFOWITZ  co.  (et al)  US INVASION OF IRAQ  based on the "THREAT OF AL QAEDA TERROR" -

-  are now JUST OPENLY SUPPORTING  AL QAEDA TERROR to kill Syrians, Iraqi Shia,  Kurds, Christians, and EVERYONE ELSE IN THE REGION.

ALL  SUPPORT Saudi Wahabi/Salafist misogynistic, mass-murderous TERRORIST massacres-perpetrating   ISIS in Syria
(and in Iraq, despite the misleading U.S. press/media headlines)...

The jewish run ADL & SPLC  may demagogue and prosecute "hate crimes" in USA...

As flagrantly SEDUCED & CORRUPTED as  Nancy Pelosi is in these images...
she is RESTRAINED compared to infernal REPUBLICAN  WAR WHORE TRAITORS JOHN McCAIN, LINDSEY GRAHAM,  DICK CHENEY,  and many others who are still behind the scenes...

Many commentators have mentioned that Hillary Clinton left behind no major achievement as the U.S. Secretary of State, but that isn't true: the reality is that she did, several - and all of them are harms to the U.S., especially regarding two countries. They are Honduras and Afghanistan.
The central-American nation of Honduras is now ruled by an extremist far-right government today, a fascist junta-imposed government, because of Hillary Clinton and Barack Obama. The lives of all but the top 0.001% of the population there are hell because of this. Those people now have good reason to hate America. The reputation of the United States has gone down under President Obama, throughout almost all countries, and this hell in Central America is a significant part of the reason for that, but the U.S. news media have paid pathetically little attention to this U.S.-caused hell there, and so most Americans don't even know about it.

The US Department of State had prior knowledge of the coup. The Department of State and the US Congress funded and advised the actors and organisations in Honduras that participated in the coup. The Pentagon trained, schooled, commanded, funded and armed the Honduran armed forces that perpetrated the coup and that continue to repress the people of Honduras by force.
The US military presence in Honduras, that occupies the Soto Cano (Palmerola) military base, authorised the coup d’etat through its tacit complicity and refusal to withdraw its support of the Honduran military involved in the coup. The US ambassador in Tegucigalpa, Hugo Llorens, coordinated the removal from power of President Manuel Zelaya, together with Assistant Secretary of State Thomas Shannon y John Negroponte, who presently works as an advisor to Secretary of State Hillary Clinton.
From the first day the coup occurred, Washington has referred to “both parties” involved and the necessity for “dialogue” to restore constitutional order, legitimising the coup leaders by regarding them as equal players instead of  [as] criminal violators of human rights and democratic principles..... (cont'd)

JOIN THE FUN !!
COMPILE _YOUR OWN_  LIST!
of articles, pictures, and head-lines, screen captures, & VIDEOS   of the  ISIS,  AL QAEDA,  SAUDI, LIBYAN, and other HIRED MERCENARY TERRORIST FIGHTERS'    many thousands of ATROCITIES, MURDERS,  MASSACRES, and KIDNAPPINGS in Syria, Libya, Iraq,  & etc..
all so the evil, demonic jews can ANNEX Syria to  "Greater Israel"
(once they DISPOSE of their current al Qaeda "allies") 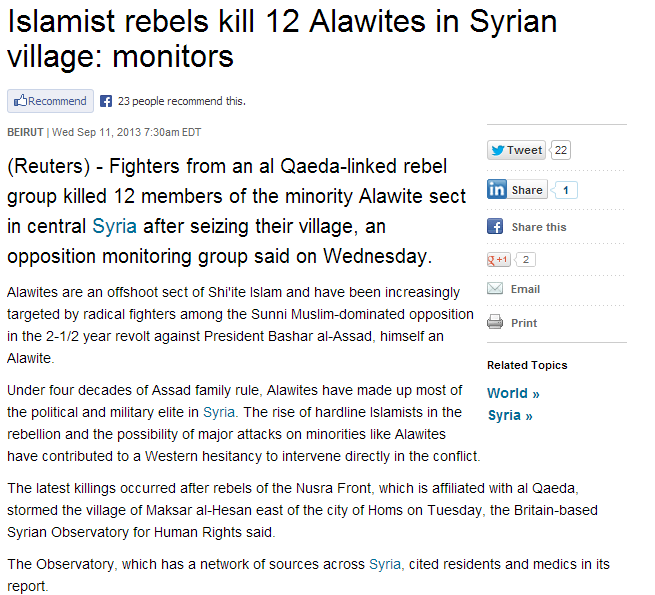 What about THAT FASCIST war-lies pimp  RACHEL MADDOW?

IS SHE TOO STUPID  to understand that the U.S. & ISRAEL are SUPPORTING  instigating  the SAUDIS, KUWAITIS, QATARIS, and all the Gulf Arab oil DESPOTS to just brazenly  _fund_  AL QAEDA TO KILL CHRISTIANS,

...and TERRORIZE WOMEN in Libya... Egypt... SYRIA, and all THROUGHOUT the entire Mideast?

TAKE YOUR MILION-DOLLAR PAYCHECK from MSNBC... and take one of your girlfriends out on the town...
YOU CAN CELEBRATE THE GOOD TIMES, with all that  BLOOD MONEY you get paid...

murdering and terrorizing women, not just in the Mideast,  not  just Obama Co.'s  $5 billion of   VICTORIA nudelman KAGAN   INSTIGATED MASS-MURDEROUS  FASCIST COUP in the Ukraine... but across the entire world, wherever the global financiers want to destroy nations & exterminate whole swaths of people, so they can come in and buy up the resources for pennies on the dime at rigged, fire sale prices...


AND WHAT ABOUT all the JEWISH "FEMINISTS" out there?
PAM GELLER?
Betty Friedan?
GLORIA STEINEM?

THEY CRITICIZE  _AMERICAN_ culture & institutions...  which are now rabidly rapidly being replaced by TALMUDIC  JUDAISM...

...which doesn't even regard jewish WOMEN as human !!


Why are these young women and men at Second City Network -  with nothing more than a couple of video cameras - SMARTER, more honest, and far  more informed than  HILLARY CLINTON, NANCY PELOSI, DIANNE FEINSTEIN,  RACHEL MADDOW,  and all the other awful, evil  COMPLICIT IN WAR CRIMES  liars, thieves, and mass-murderous toadies who infest our U.S. Congress - DEMOCRAT _and_ RETHUGLICAN Parties -  government, 'think tanks' and corporate press/media outlets in America today???