America, MEET the KAGANS: THEY HATE YOU! They are SERIAL TRAITOR JEWISH WARMONGERS, PIMPING GENOCIDAL WARS... INCLUDING the INSIDIOUS, INTERNAL SABOTAGE destruction WAR AGAINST AMERICA !!

America,  meet the KAGAN family genocidal jews:  they HATE  Americans and America - as much as they hate Russians, Ukrainians, Syrians, Serbians, Persians (Iranians), Germans (!!)  and Palestinians
(hell, the evil bankers in London & Amsterdam even tried to have their WHORE parliaments & prime ministers declare the people of... ICELAND to be "international terrorists" for REFUSING to "BAIL OUT" the BAD LOANS lent out by TREASONOUS, SHYLOCK Amsterdam & City-of-London genocidal thug banksters!)...
they believe that you  should be no more than a SLAVE on their privately owned  GoddamnSachs/Fed/rotschields  neo-con GULAG / slave Plantation... 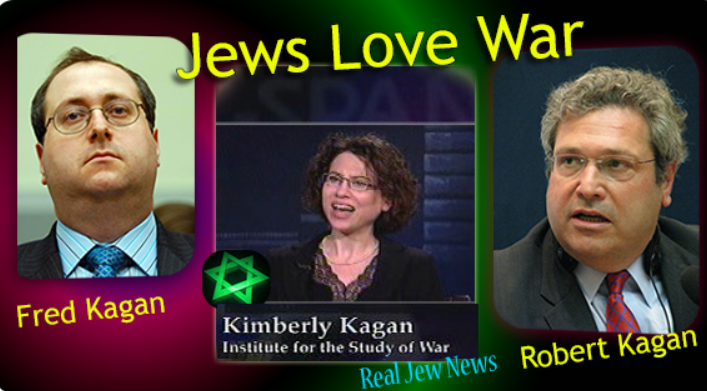 ...that the stupid, cattle American public will then have to pay TRILLIONS of dollars to fight... just like her HUSBAND, BOB KAGAN, was one of the jew PUPPET-MASTERS behind PUPPETS Bush & Cheney & the Iraq war...  who ATTACKED  IRAQ,  EVEN THOUGH the evil, treasonous MOSSAD TRAITORS  & JEW owned press/media behind the 9-11 whitewash... all claimed that the HIJACKERS came from SAUDI ARABIA or Yemen!

or  CZAR of the MASS-MURDEROUS,  "U.S." STATE DEPARTMENT & JEW WAR LOBBY _INSTIGATED_      WAR in the Ukraine - that's what millions (billions) of JEW WAR LOBBY _SLUSH FUNDS_ &  BRIBE MONEY gets them...

the way they can operate from both the RADICAL, REPULICAN  "RIGHT" wing...  __and__   from the
obama/HILLARY/kerry/biden/PELOSI/reid/Feinstein/schumer/levin (et al, ad naseum)
so-called "Liberal Democrat" left -

the KAGANS  and Kagonovichs**  have all the bases covered...
**And all their other judeo & sellout "goyim" partners in crimes

LET THE CORPSES PILE UP  to keep our demonic jew overlords well-fed & happy!
﻿

"PIMPING the _SABOTAGE_ of America's borders...
=  PIMPING the SABOTAGE _DESTRUCTION_  of  AMERICA"


And we explained that the CNN media whore brought on to pimp  this INSIDIOUS SABOTAGE TREASON, the destruction of America's borders, was a typical "neo-con" ELITIST "commentator" masquerading as a "Progressive" (or "liberal") -  but is actually a RADICAL RIGHT-WING Judeo Supremacist... or JUDEO FASCIST - whose family surname was derived from the BRONZE AGE despotic & theocratic  JEWISH PRIESTLY CASTE:

"KOHN"  or "KOHEN" or  "COHEN" or  "Kahn" or "KAHAN"  [or KAGAN or "KAGANOVICH"!] are all  JEWISH NAMES that derive from "KOHANIM" -  the name for the Jewish PRIESTLY CASTE  that claims to trace their lineage (bloodline)  straight back to SERIAL TRAITOR &  whinny blackguard  AARON,  Moses's cowardly brother - the Aaron and his sons who LED the PRANCING AROUND THE GOLDEN CALF idolatry in the infamous "Exodus" story, but who "redeemed" [retch!] themselves by...
strapping on their swords, and SLAUGHTERING the very people who had followed them in their praying and worship to the Golden Calf!
before Moses belatedly returned from his 40 days on the desolate mountain where he supposedly "received the ten commandments."


re  the "MEDIA WHORES who LIE, PERPETRATE, and COVER UP  ATROCITIES" -
(whether AGAINST AMERICA or  against whatever nation  the demonic jews have LABELED the "enemy"   du jour...)

we present this little photo essay into another popular JEWISH family NAME derived from "KOHANIM" -  the  jewish priestly caste whose real jobs were to BUTCHER ANIMALS to burn as "sacrifices to g-o-d"  all day long during temple dedications, holidays,  before or after wars, etc.
(hundreds and hundreds of animals butchered -
the TEMPLE of SOLOMON was actually...
A  SLAUGHTERHOUSE!)
and to act as  priestly COMMISSARS to  ENFORCE  judeo priest caste orthodoxy among the jewish population

We present to you  THE KAGANS  and their family namesake, LAZAR KAGONOVICH -  the undisputed "ARCHITECT" of the 1929-1933  MAN MADE FAMINE in the Ukraine, the "HOLODOMOR"  which killed  upwards of  7 to 10 MILLION people...  and that was just one of  serial  MAN MADE FAMINES &  RED TERROR PURGES the  JEW COMMISSARS -  supported by the WEALTHY JEWS in LONDON, NEW YORK, PARIS, GERMANY, and across Europe -   PERPETRATED on the people of the former czarist empire, the so-called "Soviet Union" !!


Brother Nathan - born and raised Jewish in New York before becoming a Christian - captures the bloody essence of the KAGAN family & Jew War Lobby  WAR ON HUMANITY... not just
instigating  Ukrainian FASCISTS/neo-NAZIS to KILL RUSSIANS;
not just  FUNDING  AL QAEDA to KILL CHRISTIANS in SYRIA, EYGPT, LIBYA, IRAQ, and all throughout the Middle East...
but  they HATE AMERICANS  as much as they HATE everyone else!
(and they certainly have NO love for  penniless immigrants coming in across America's now SABOTAGED (by them!) BORDERS.... but they will USE a tsunami of ILLEGAL IMMIGRANTS, to DESTROY the high wages, social safety net, American middle class,  and rights & freedoms of  the American nation...

STOKING THE FLAMES of Jewish war fever where only the Goyim die young is the Institute for the Study of War whose ‘president’ is the Jew, Kimberly Kagan.
Now let’s connect the dots to see the Jewish network in criminal action:
• Kimberly Kagan is married to the Jew, Frederick Kagan — a leader of the neocon American Enterprise Institute and co-editor of William Kristol’s Jewish neocon propaganda paper, The Weekly Standard.
• Frederick Kagan is the brother of Robert Kagan — the director of the Jewish neocon Lobby, the Foreign Policy Initiative.
• Robert Kagan is married to the Jew, Victoria Nuland, (born, Nudelman), who is the spokesperson for the US Department of State, a Jew-infested … Jew-infiltrated … Jew-influenced … Jew-First … bureaucracy.
It’s clear as day: Jewry is an interconnected network that worms itself into, (as the mission statement of the American Council for World Jewry states), the “highest levels of government.”
In viewing the senior officials of the US State Department, there are two specifically “Jewish” Departments:
The Office of the Special Envoy for Holocaust Issues, which is led by the Jew, Douglas Davidson, who is in charge of fleecing good Germans for “reparation” payments to whining, Lying Jews with their Jew scams; and the Office of the Special Envoy to Monitor Anti-Semitism, which is led by the Jew, Hannah Rosenthal.
Davidson participated in the US-led Nato bombing of Serbian Orthodox Christian civilians in 1999. And Hannah Rosenthal’s qualifying ‘credentials’ is that her father was a “holocaust survivor.”
WHAT THE ‘HOLOCAUST’ and “anti-Semitism” have to do with US foreign policy is any Gentile’s guess! But for those who are Jew-wise it has EVERYTHING to do with how Amerika relates to the world in crass deception.

below video clip:  WHAT AMERICANS  ARE IN FOR  if they don't  QUICKLY  REIGN IN the  JEWISH  TSUNAMI / AVALANCHE / TIDAL WAVE of  INTENTIONAL SABOTAGE DESTRUCTION &  FALSE FLAG  TREASON, mass-murder  TERROR ATTACKS ON AMERICA
(much less provoking wars against nuclear armed bears and the most populous nation on earth)

Lazar KAGANOVICH - the BUTCHER of the Ukraine - over SEVEN MILLIONS KILLED, in just 3 years... in just ONE of the MANY   RED TERROR PURGES the  "Jewish Bolshevik" LED  COMMISSARS  PERPETRATED in Russia, the Ukraine, and against all other nationalities of the former Czarist Russian empire, i.e. in the "Soviet Union"


NOTICE!  America -  how the so-called "LIBERAL" media DOES NOT INFORM YOU of the  KAGAN family, SHELDON ADLESON,  PNAC,  AIPAC  or other JEWISH DOMINATED organizations'    ROLES in FOMENTING ALL THESE WARS!

The so-called "Liberal Media" in America, England, & Europe  is OWNED BY  DEMONIC,  RADICAL RIGHT-WING, GENOCIDAL  judeo SUPREMACIST  JEWS
who HATE AMERICA & AMERICANS,
AS MUCH AS THEY HATE  RUSSIANS,  Ukrainians, SYRIANS,  Serbians, Palestinians, Persians (Iranians), GERMANS, and EVERYONE ELSE!!

PILES of CORPSES are the Kagan  & Kaganovich families  trade marks...
their HARVEST of  Hate & MASS-MURDER

AMERICA, THEY WANT TO DO THIS TO YOU...

as you well know, if you understand how "THEY" are INTENTIONALLY SABOTAGING OUR ECONOMY,  AS they SPEND BILIONS on WEAPONS and BULLETS for the MILITARIZED POLICE  for one purpose, and one purpose alone:
TO KILL American civilians..... 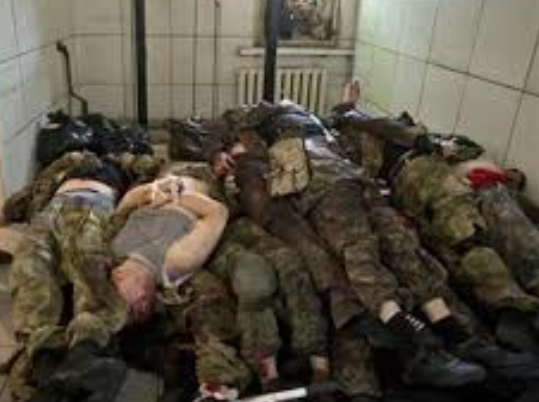 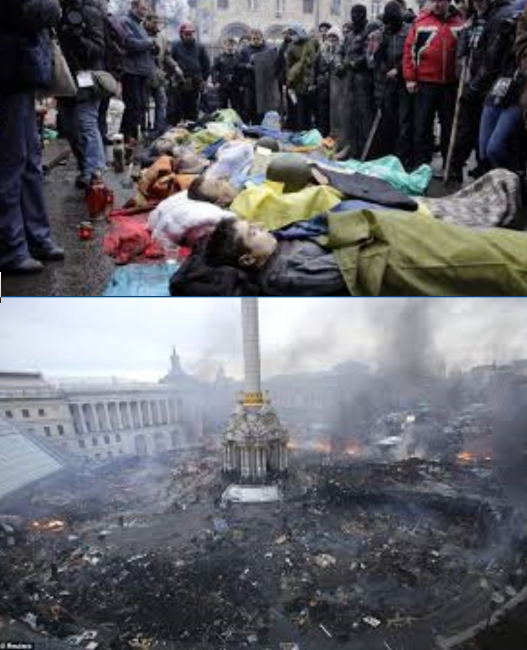 the TRAITOR,  WHORE  jewish owned media tries to BLAME the CARNAGE in  Ukraine - with the KAGANS  and other JEWS IN & OUT of USA government JUST OPENLY, BLATANTLY, BRAGGING about  spending BILLIONS of  AMERICAN TAXPAYER DOLLARS   to FUND the MOST EXTREME, RADICAL, FASCIST TERRORISTS  elemets in the Ukraine -

YES, THE EVIL JEWS are ALLIED with anti-Rusian NAZIS  in Ukraine -   to just START KILLING PEOPLE in ever greater numbers!!

BILLIONS for BULLETS  that are OUTLAWED in warfare...
HOLLOW POINT BULLETS are GOOD  only  for KILLING  people...  KILLING CIVILIANS !!!

It's everywhere,   all over the  "real" news: even this "Mainstream Media"  Foreign Policy cover story below!

The JEWS and their  U.S. GOVERNMENT
(and Brit., France, NATO collaborators)  ARE JUST  _OPENLY_ FUNDING & SUPPORTING   AL QAEDA terrorists  ALL OVER the Mideast.. and in to RUSSIA and China!
.... next up, Central EUROPE, the "home countries" of the hyper-wealthy judeo financers themselves !!

“What I want to tell you, the efforts of all Islamic countries, Sunni and Shiites, must combine to eradicate these groups because these groups are the claws of colonialism in the region,” Na’eem said.

Na’eem said ISIS, now IS or the Islamic State, is part of the neocon and Israeli “Clean Break” plan to balkanize the Arab and Muslim Middle East.

The conflict is designed to be “an endless war” that “exhausts Saudi resources and its monies, and it exhausts Iran resources and its monies, like what they did  during the days of Saddam in Iraq (with Iran).”
The conflict will spread to Saudi Arabia and the other Gulf monarchies by 2016, Na’eem predicted.
In June ISIS said it would attack Saudi Arabia. Hundreds of young Saudis have vowed to wage jihad in their homeland.

If the INSANE,  SATANIC,  DEMONIC, BLOOD-THIRSTY, mass-murderous  "judeo elites"
are JUST OPENLY  PREPARING to MURDER MILIONS of Americans...
(aren't they clever?!)   then they CERTAINLY  "have plans" for their SAUDI (Bahrain, Qatar, Kuwait, UAE, et al) PARTNERS in MASS-MURDER ATROCITIES  &  AL QAEDA perpetrated  GENOCIDE - you Arab camel traders are SITTING on THEIR oil   !!