"Will the JEWS in israel MERGE with their THEOCRATIC, HEAD-CHOPPING DESPOTIC dictator COUSINS, the SAUDIS?" Another Outstanding commentary at VT, satire exposing the grim reality in America today...

MORE music to our ears from Veterans Today, another commentary satire masquerading as comedy, this time from VT editor Dr. Kevin Barrett,


"Will _ISRAEL_ MERGE with SAUDI ARABIA?" 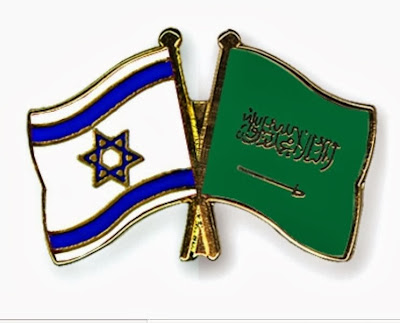 that "sword of Islam" on the Saudi flag is the real deal: Islam was spread by MASSACRE & CONQUEST, just as
its Abrahmic ancestor judaism was spread by, conquest, terror, , and exterminations 15 centuries earlier.


The opening two paragraphs, alone, are a 1-2-3 knockout punch of insight and exposing
the contemptible jewish BAIT & SWITCH that
DOMINATES and SABOTAGES   America  at every turn:

[yes!  despite ALL THEIR lyin' TALK about "freedom & democracy" the HYPOCRITICAL, LYING  JUDEO 'elites'  are IN BED with CORRUPT, terrorist, mass-murderous  ARAB DICTATOR regimes at EVERY TURN, across the entire globe - even when the SAUDI FINANCED  AL QAEDA TERRORISTS  ATTACKED NY & DC here in America on 9-11 !!!]


The Saudis and Israelis  [jews!] WORK TOGETHER to WHIP UP SECTARIAN TENSIONS

in a DIVIDE & CONQUER strategy aimed at preserving their respective regimes.
[Bravo!]   [As we have attempted to document 1,000 times here at  TheJewishWars.]

And both the Saudis AND the Israelis [the Jews!]  are angry at the US for refusing to bomb Syria and then attack Iran.
It seems that the Saudi and Israeli regimes have joined together to pursue the same foreign policy. Since their domestic policies are also similar,

[...since the DOMESTIC POLICES of the JEWS are SO SIMILAR with... the HEAD CHOPPING,  FUNDAMENTALIST,  racist, theocratic, brutally misogynistic  and spoiled DESPOTIC TYRANTS of the Arab theocratic 'divine right of kings'  dictators...]

the question arises: Why not merge the two countries into a new entity called Saudi Israelia?

One of the most important  COMMON FACTORS that Dr. Barrrett left out, was that  BOTH of these SEMITIC  COUSINS - that's right, BOTH ARABS  _and_  JEWS are  of the Semitic race - they are both Semites, and they BOTH have a 3,000+  year  history of  being  the dominant SLAVE TRADERS in their respective regions of influence!

We'd love to  deconstruct every line of  Dr. Barrett's crimes, corruption, and treason exposing masterpiece, but for now  here is his masterful  closing paragraph(s):


The Saudis and Israelis also share a love of dastardly plots, including false-flag operations.
Mideast expert and journalist Zafar Bangash recently stated on my radio show that the war on Syria was plotted by two  'American'    AGENTS of ISRAEL  [that evil judeo genocidal, perpetual war state], Dan Shapiro and Jeffrey Feltman, at a meeting in Paris with Saudi intelligence chief Bandar Bin Sultan.
Bangash agreed with me that Prince Bandar, who also goes by the name “Bandar Bush” due to his ties with America’s leading crime family, seems to have been behind the false-flag chemical weapons attack on al-Ghouta
[Syria, that OUTED LIARS  John Kerry and Barack Obama tried to use as a causus belli  EXCUSE to START BOMBING & KILLING SYRIANS by the thousands, in ANOTHER OVERT U.S. WAR in the Mideast back in Sept. of this year] …
and that Bandar and the Israelis, along with their Bush crime family friends, were the probable perpetrators of the crimes of September 11th, 2001.

Since both the Israeli  [jews!]  and Saudi regimes have everything in common – including a shared contempt for the Americans who prop them up – it seems logical that they should merge into a single country: The Zio-Wahabbi Empire of Saudi Israelia.

post script:
For those (e.g. that gun-shootin' guy over at InfoWars) who suggest that  THE SAUDIS are now the dominate partner in the abject corruption of, and treasonous betrayal by,  the U.S. Con-gress these past 2 decades;   and especially regarding the latest Washington criminal, treasonous debacle du jour,
the FALSE FLAG poison gas TERRORIST ATTACKS   U.S. support for AL QAEDA PROXY ARMIES in SYRIA;
we merely point out that  AIPAC, AJC, ADL, UJA, SPLC,  and other myriad other Medusa like  entrenched jewish lobbies are the undisputed rulers of Capitol Hill - the undisputed #1. of all powerful lobbies to be feared by Congressmen in Congress and at the White House -

and that when the Wolfowitz-Libby-Perle-Feith-Wurmser-Zackheim-Podhoretz-Chertoff-Mukasey (et al)  Rethuglican judeo  warmongers were running Bush & Cheney's 2003 invasion & occupation of Iraq,  while they didn't go after the SAUDI  CONNECTIONS to the 9-11 hijackers (preferring to bomb and blast  millions of  innocent Iraqis instead),
they DID focus the U.S. military's firepower on the SUNNIS in Iraq, as opposed to the Shiite majority there.
Even though the Sunnis in Iraq had been dominated by Saddam's nominally secular (non-religious) BAATHIST regime;  well, they were still Sunnis, which (from the Saudi Wahhabi's p.o.v.)  is still a hell of a lot better than being a Shiite idolater blasphemous running dog... 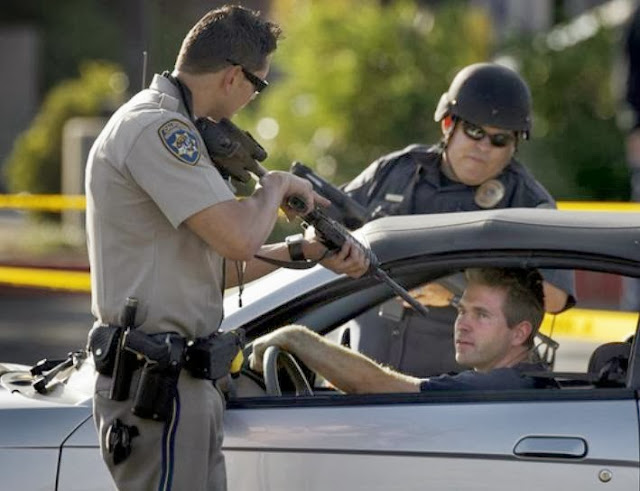 scenes we've seen before:  MACHINE GUN ARMED Ca. cops ARREST an American citizen... for "crime" of   taking video pictures of cops, with a small, hand-held smart phone, while walking a dog  THIRTY YARDS AWAY from the Gestapo cops on a public Amerikan sidewalk....