The TREASONOUS jewish War against Syria: British MP George Galloway explains that ALL 23 of Syria's Ethnic & Religious MINORITIES are TERRORIZED by U.S. & jew-war-state Supported AL QAEDA TERRORIST PROXY INVASION of Syria. WHY IS U.S. SUPPORTING AL QAEDA GENOCIDE & ETHNIC CLEANSING of SO MANY MILLIONS of Syrians?! ans.- because the JEWS LOVE to HATE _all_ stable nations... especially successful rivals in Mideast.

MP George Galloway Speaks Out Against Attack on Syria


For those who  state that we are "anti-semitic" for stating that
JEWS across America, israel, and the world  LUST for the KILLINGS of TENS OF THOUSANDS OF SYRIANS,
we present the below  article/link and headline capture -
the JEWISH hate-saturated PRESS SCREAMING FOR a u.s. & british WAR to KILL SYRIANS...

without explaining why, exactly,  Assad is any worse than the SAUDI or other ruthless Gulf oil ARAB THEOCRATIC dictators - whose dictatorships are far more ruthless, draconians, and  intolerant than Assad's -     who as we've just explained in our headline, has PROTECTED  SYRIA's two dozen+  MINORITIES INCLUDING CHRISTIANS,  for the past 2 decades!

YOU DESERVE to BE SHIPPED TO QUANTANAMO to suffer all the tender mercies this PNAC  wolfowitz/netanyahu  RUN TERROR GULAG offers,  for  SUPPORTING AL QAEDA TERRORISTS in their GENOCIDAL,  MASS-MURDER and  TERROR  ethnic cleansing  of SYRIANS from the nation where they were living peacefully until 2 years ago... when you and your  EVIL fellow jews - MASS-MURDEROUS BULLIES under serial war criminal  "king bibi" NETANYAHU  GOADED their bought-off, bribed, and extorted pathetic U.S. politicians and military  to UNLEASH this PLAGUE of AL QAEDA  TERRORISTS  and soon U.S. bombs on Syria !!

Yes, Virginia - EVEN THE JEWS  understand that their  usa goaded  AL QAEDA proxy war INVASION of SYRIA... is DRIVING THOUSANDS OF  INNOCENT Syrian CIVILIANS to FLEE for their lives as refugees...
CIVILIANS iincluding Kurds, Shia, Allawites, AND CHRISTIANS
WHO WERE PROTECTED UNDER THE ASSAD GOVERNMENT, but have lost EVERYTHING THEY OWN except what they can carry through the Syrian desert - THANKS TO THE EVIL, GENOCIDAL, MASS-MURDEROUS  JEWS and their puppet usa politicians and AL QAEDA HIRED TERRORIST KILLERS !! 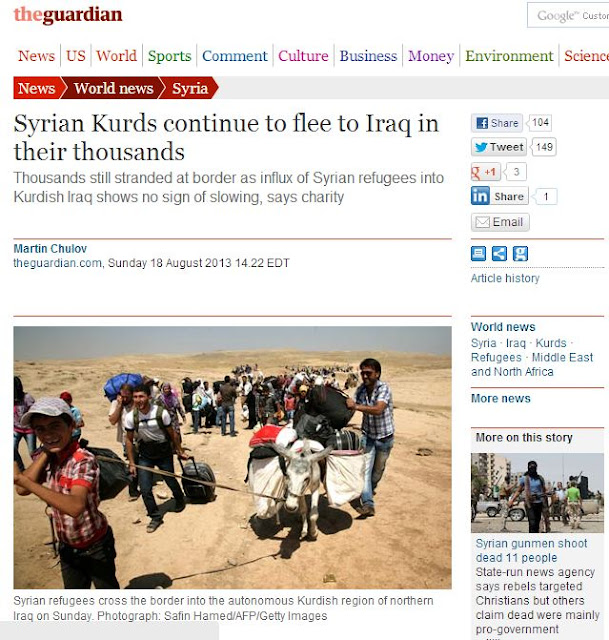 below - evil jewish CHOIR of HATE instigates MASS-MURDER:
the jews are  raised and trained from childhood TO HATE -
which is why the ENTIRE   judeo nation/disapora
(jews in both israel, europe, U.S.,  and across the world)
JUST REFLEXIVELY SUPPORT their insane 'globalist'   judeo elites  goading America to run a TERRORIST PROXY INVASION OF SYRIA - even though the Assad regime is not only among the most tolerant in the Arab world - far less ruthless, draconian, and theocratic than the Saudi royalist dictators - but
the jews are now openly* ALLIED WITH al QAEDA  genocidal ethnic-cleansing' mass-murder atrocities perpetrating TERRORISTS!  -   *(and have been all along) 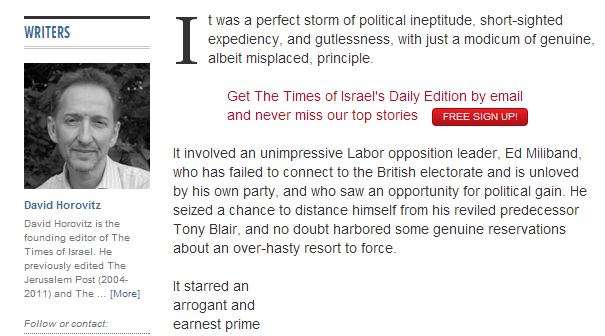 
Perfidious Albion hands murderous Assad a spectacular victory
How a perfect storm of British ineptitude and gutlessness sent the wrong message to the butcher of Damascus, and left Israel more certain than ever that it can only rely on itself.
By DAVID HOROVITZ,  THE TIMES of ISRAEL,   August 30, 2013

It was a perfect storm of political ineptitude, short-sighted expediency, and gutlessness, with just a modicum of genuine, albeit misplaced, principle....


By  "misplaced principle"  this  insane jew David Horowitz means the Brits NOT KILLING  - by the tens of thousands (upon millions) -  ANYONE  the  EVIL, INSANE  JEWS  want them to kill - immediately!!

WHY  should FIVE MILLION JEWS in Israel, be instigating the British & Americans to be killing and "ethnically cleansing" and TERRORIZING   TENS OF MILLIONS  of people in the Mideast ???

ans:  - because THEY ARE SUPERIOR to us "normal humans"-
(who, truth be told, are NOT even considered by the diabolical, satanic Jewish "Talmud")
- it says so right there in their incredibly evil bible,  GOD WAS TOO LAZY to CREATE SOME 'firmament' NEW LAND for his "chosen ones"    to settle in as their  "promised land" of  "milk and honey" - so  instead, the  satanic god of the jews  simply commanded "his chosen people" to  JUST MURDER ANYONE  who was living in the Caanan valley before the murderous judeo war tribe arrived!

post script:  well, what do expect from a jew named "DAVID" -  according to the jews own evil, blood-drenched 'holy' bible,  the jewish assassin, treasonous (jews killing) mercenary traitor and (future) king David  KILLED  40,000   forty thousand hapless prisoners....  not with swords, but with AXES and SAWS!

Right there in the bible!  The jew king david was a HOMICIDAL KILLER who used SAWS and other blunt instruments of terror, to KILL TENS OF THOUSANDS of helpless victims!!

How jews can COMPLAIN about the "nazi holocaust" - WHILE  BRAGGING on the ATROCITIES and MASS-MURDERS their tribe has perpetrated against other tribes -  is a marvel on the power of MASS-PSYCHOSIS, propaganda mass delusion,  and collective insanity !!

"And he brought out the people that were in it, and cut them with saws, and with harrows of iron, and with axes..."  (I Chronicles 20:3)

[that is, blunt instruments of prolonged death by torture - to terrorize both his own soldiers, and the victims. ]

CommentChapters 17-19 (17-18-19) tells us that David killed 22,000 Syrians and that Abishai killed 18,000 Edomites. No one expresses shame at such slaughters.  Here in 20:3, we have David, counted as a great leader of the Israelites, slaughtering captives after the cessation of hostilities. From what high moral ground should we admire this action?