So called "Liberal" INSANITY: "OBAMA is _NOT_ Responsible"... for DOUBLE-DIGIT health Insurance PREMIUM HIKES?? OK... so, WHERE are the news stories "Obama CALLS INSURANCE Execs ON THE CARPET" ?? WHERE THE HELL is the "CHANGE" he promised us, you goose-stepping Appartchik party-over-country goons????

To see how the "of, by and for Goddamn-Sachs & israel war lobby"  Neo-Cons have truly infested & DEGENERATED the formerly "liberal" press/media  & activists of America  in to little more than goose-stepping appartchik goons following the treasonous droppings of the corporate, war-lobby,  & big-donor financed "Democrat" Party,   take a look at the below headline by the so-called "liberal" writers at ThinkProgress.org ...


OK,  so let's take the ThinkProgress appartchiks goons at face value:
"Someone else" is responsible for those  DOUBLE DIGIT  health insurance premium rate hikes...   SO, you ThinkProgress goons...

Far, far, far from being "liberal,"  THINK PROGRESS.org is as much of a pack of  Obama co. crimes whitewashing,  PROPAGANDA SPEWING toads, as "Tokyo Rose" and other Japanese military controlled  'news' broadcasts during WWII were!


OK, you stupid appartchik, TP commissar goons... LET's TAKE YOU AT YOUR WORD!

HOW BLIND & IGNORAMUS can you stupid "party loyalty uber alles"  ThinkProgress toads be??

You stupid pigs PRETEND to be concerned about America's citizens... but you ALWAYS SELL THEM (American working stiff citizens and families) OUT to the Neo-Con financial rapists who are Obama's  top donors!

FOR SHAME!  The so-called  "liberal" activists & media outlets who see Obama as "their" leader,  are as RADICALLY AUTHORITARIAN, as repressive, as heedless of human rights,    as  slavery era White SLAVE OWNERS,  or  Stalin's COMMUNIST COMMISSARS were!

The Age of SPECTACLE:
"Wherever there is an enforced orthodoxy — or even two orthodoxies, as often happens — good writing stops."

below -   Pure creative genius by Jesse of Jesse's Cafe:    in a single graph/chart, he  illustrates that when it comes to "the political spectrum",  whether one group is "Radical, reactionary Right-Wing"  (whether a 'privately owned' slave plantation system of the 1800s, or Roman emperors 2,000 year ago)   or another group is "Radical Leftist"  (e.g. Stalin's urban/industrial based "Communism", or Mao's peasant based Communism, of the Khmer Rouge's Khmer centered genocidal racist socialism),    they both,  Right and (supposedly "liberal") LEFT,  have an EQUAL  SCORN & CONTEMPT for the rights, freedoms, and protections from persecution for  individuals or groups not part of their  "in" party's fervent jihads....

"At their extremes, the LEFT and RIGHT become ALMOST  INDISTINGUISHABLE
in their DISREGARD**  for the individual"

**note: here,   "disregard" = contempt, loathing, scorn, spite...hatred,   and a maniacal, biblical style determination to eradicate, destroy any and all 'individuals' seen as a threat to that  party's  MONOPOLY of power...  the "in-crowd's" MONOPOLY on the exercise of government FORCE, property seizure, food & wealth confiscation, VIOLENCE.... and the commodification of humans as criminals and prison fodder (i.e., as slaves)
for example when the jewish bible allows for jews to be sold into slavery to pay off their debts;  or when Moses had his murderous little tribe stone a man to death, for gathering firewood sticks on 'the holy' day...

"At their extremes, the LEFT and RIGHT become ALMOST INDISTINGUISHABLE
in their DISREGARD** for the individual"

new:   When was the last time you heard the evil Commissar pretend "liberal" goons at ThinkProgress.org complain about  president Obama as  MASS-MURDERING EXECUTIONER unleashing his  push-button, remote control ROBOTIC DRONE KILLERS on people across an ever expanding arc of this increasingly death-camp of a world?
Didn't the so-called "liberal" press/media HOUND former U.N. Secretary General KURT WALDHEIM to ignominy, once it had been "discovered" that as a German officer in WWII,  that Waldheim had participated in   "counter-terror" or  counter-partisan operations in the German army (i.e. "NAZI"!!) in Yugoslavia during WWII? 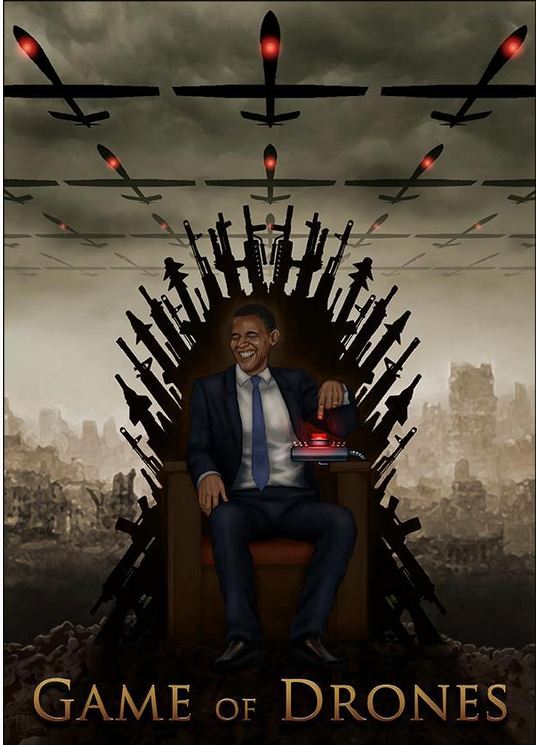 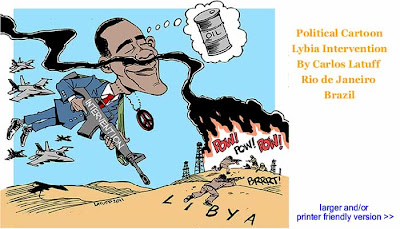 Obama's "liberal"  activists are shaping up to be.... well,  as "liberal" as the
"National SOCIALISTS" in the German NASDP  party,  aka  "the Nazis" !!