In his must-read book  'Adam's Curse" on the often ferocious, often destructive, and possibly soon self-destructive  journey of humankind's y-chromosome male genome,    Oxford molecular geneticist Bryan Sykes offers up the sobering realization that three or more of our siblings (brothers and/or sisters) carry more of our own genetic code - genomes - than we do.

And in this post, we offer up the sobering, stark reality that the most prevelant, most pervasive, most persistent, and nominally the most "sophisticated" propaganda operation in human history  the Neo-Con jewish supremacist genocidal war lobby posing as both "American" and "humanitarian" -  devolves to little more than a few thousand  writers and editors (albeit at gigantic, long established, American mega-corporate media  outlets owned by billionaire publishers and moguls) starting with ENTIRELY FALSE ASSUMPTIONS, and simply piling up the lies, misstatements, and misleading 'facts' from there on.

Not one but two Post writers start with the SAME  PROVEN FALSE ASSUMPTION: that  GIVING MONEY to FAILED, CORRUPT, BANKRUPT BANKSTERS,
(whether outright theft from taxpayers "BAILOUTS," or  back-door THEFT from taxpayers, savers, pensioners, retirees, workers, children, and those needing health-care  Fed MONEY PRINTING)  will somehow "stimulate" the economy.     This is now proven to be nothing but pure Neo-Con financial rapists LIES -  as can be proven simply by looking at the track-record of the Pelosi Con-gress and Bernanke 'Fed' GIVING MONEY TO BANKSTERS by the billions (upon trillions) of dollars over the past 4 years... with NOTHING to show for it but a sickening economy - and the EVIL BANKSTERS, and their bought-and-owned media whores (and Congress crittters)  telling us Americans who BAILED THEM OUT, that we must now SURRENDER OUR PENSIONS and social safety net - while they, the treasonous pigs, WALLOW in the  EIGHTY PLUS BILLION DOLLARS that Bernanke is printing up for them this month... and every month to follow, as part of Bernanke's insane "Quantitative Easing 4"  FREE MONEY or FAILED, BANKRUPT, TREASONOUS,  ECONOMY GUTTING banksters!

Indeed, reading these two horrid articles  you would have a hard time understanding that the Neo-Con propaganda lying whore Post writers are CELEBRATING  the so-called  "end" of Bernanke's  FORTY BILLION DOLLARS PER MONTH in FREE MONEY FOR BANKERS  QE-3...

...which of course is TIMED to COINCIDE with the israel and American MILITARY INVASION OF IRAN,  which will quite probably whip up some genuine "BLOWBACK" terror attacks - make that, QUARANTEED, FALSE-FLAG NEO-CON TREASON instigated attacks on American citizens or official institutions... witness the recent israel/Republican Right-Wing/CIA dark-ops/MORMON MAFIA      WHIPPING UP an Al QAEDA TERRORIST ATTACK on the U.S. Consulate in Benghazi - WHICH WAS A CIA OPERATION - and the traitors WHO STILL HAVEN'T BEEN NAMED, WITHOLDING U.S. military support from the beseiged consulate FOR FOUR HOURS while it was UNDER ATTACK !!!!
=================
Ben Bernanke has not yet begun to fight
Posted by Neil Irwin on December 12, 2012
http://www.washingtonpost.com/blogs/wonkblog/wp/2012/12/12/ben-bernanke-has-not-yet-begun-to-fight/ What part of “whatever it takes” don’t you understand? (AP)

Over the last two years, Bernanke and his colleagues at the Fed have been flummoxed that, years after the crisis and despite extraordinary interventions by the Fed,

[NOT "DESPITE" intervention by the Fed... but BECAUSE of the Fed!!
The Bernanke  Fed  is  PROPPING UP VAMPIRE, CORRUPT BANKS, parasitic, FAILED, INSOLVENT financiers, and KILLING the genuine "free markets"! - while simultaneously ENCOURAGING SPECULATORS loaded up with all those BILLIONS of freshly printed-out-of-thin-air Bernanke fiat money dollars   to OUTSOURCE AMERICAN JOBS TO CHINA!!]

...the U.S. economy has seemed stuck in a rut, unable to grow fast enough to accelerate back to full employment. Across Washington and at many of the world’s other central banks, there was a sense of fatalism: The economy has suffered a crushing blow. More stimulus — monetary, fiscal, whatever — won’t work. All we can do is sit on our hands and hope for the best.

[WASHINGTON and the D.C. metro area are HARDLY suffering a sense of 'fatalism" - they are ROLLING IN MONEY, construction projects booming and traffic jams everywhere, because all of the money LOOTED from the American economy, moves to Wall Street.. via the bribed, bought-off, and corrupted by D.C. Con-gres critters and bureaucratic officials, as directed by those thousands of well paid lawyers, lobbyists, PR teams, and media whores. ]

the Washington Post whores are seamlessly pimping "MORE MONEY FOR BANKERS!' as the CURE FOR UNEMPLOYMENT... when, as the Post report actually alludes to,  FIVE YEARS of Bernanke PRINTING MONEY FOR BANKS, and the Con-gress TAXING TAXPAYERS and GIVING the monies to bankers as BAILOUTS - has resulted in this economic NIGHTMARE for MILLIONS of Americans, who JUST DON'T COUNT for the traitor lying whore commissar Washington Post editors, publisher, and writers....

...and, on the right side of the screen-shot, we see the Washington Whore Neo-Con traitor Post's OTHER OBSESSION:  WAR, spending BILLIONS of American TAXPAYER DOLLARS on MORE WEAPONS, to KILL MORE PEOPLE AROUND THE WORLD!!

[Again, those god-damned WashPost ASSUMPTIONS:  namely, that GIVING MONEY to BANKERS,  is going to "STIMULATE" the economy.  FIVE YEARS have PROVEN THAT GIVING BANKERS WHAT THEY WANT, does NOT help the economy... every time they get what they want... DEREGULATION, BAILOUTS, and now LICENSE TO PRINT UNLIMITED MONEY - they go on and shortly thereafter CONTRACT the REAL economy, through FRAUD, MONOPOLY INFLATION (price extortion), and parasite finance.]
By Zachary A. Goldfarb,  The Washington Post Published
Dec 13, 2012 01:39 AM EST 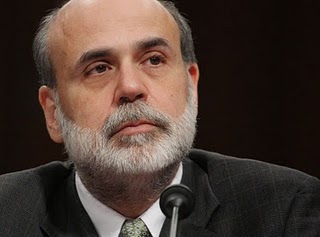 View Photo Gallery — The Fed’s move to bolster the economy shows that officials are trying to do as much as possible to minimize the impact of the ‘fiscal cliff’. How will the ‘cliff’ affect your pocketbook? These charts help you understand why lawmakers want to reach a deal on taxes and spending to prevent us from falling off the cliff.
[THE FED is NOT trying to "bolster the economy" - they are trying, and have got license to,  PRINT MONEY and GIVE IT TO their member/owner banksters!   There's no need to share the money with the peons, if you have bribed Con-gress to let you HOARD IT ALL TO YOURSELF!]
http://www.washingtonpost.com/business/economy/fed-ties-interest-rates/2012/12/12/ba1d7a52-4474-11e2-9648-a2c323a991d6_story.html

The Federal Reserve will take steps to bolster the economy  [B.S.!!]  until the unemployment rate falls to 6.5 percent or inflation looks likely to exceed 2.5 percent, the central bank said Wednesday in a historic move that for the first time specifies the Fed’s goals for the nation’s economy.

The Fed also said it would buy $45 billion in Treasury bonds a month, on top of $40 billon a month it is already buying in mortgage bonds, in an effort to flood markets with money and reduce interest rates on a wide range of loans.
[That means Bernanke is PRINTING _over_ $80 billion per month.. which does NOT go to CREATING JOBS, it goes as FREE MONEY TO BANKERS!]
Lower interest rates tend to stimulate borrowing, economic activity and employment.   [NOT SO, as we have outlined above - LOW, ZIRP zero-interest rate money tends to WIPE OUT Seniors on fixed-income pensions,  and REWARDS SPECULATORS on Wall Street, who can CORNER valuable assets and commodities with their zillions of Ben Bernanke fiat money POISON, TOXIC money printing.]
The actions signaled the Fed’s concerns that high unemployment — what Fed Chairman Ben S. Bernanke called “an enormous waste of human and economic potential” — will cast a long shadow over the nation for years.
[B.S. !!  The evil Fed banksters are NOT concerned with 'high unemployment' - the are concerned that PUBLIC OUTRAGE at FIVE YEARS of ECONOMIC CONTRACTION, and a DOZEN YEARS of BLATANT FRAUD in the nation's CRITICAL FINANCIAL MARKETS,   will cut in to their LICENSE to PRINT THEMSELVES  $80 BILLION in FREE MONEY per month!]
Fed officials projected that the jobless rate, now at 7.7 percent, would not reach 6.5 percent until near the end of 2015 at the earliest.
The economy faces a possible recession if Congress and the White House fail to avert the “fiscal cliff,” an automatic series of deep spending cuts and tax increases for nearly all Americans [EXCEPT  for Fed BANKERS who are WALLOWING in BILLIONS upon TRILLIONS of Bernanke's FRESHLY PRINTED LOOT] set to take effect at the end of the year....

[now look at the WHORE Post's FINAL sentence in this horrid 'reporting' article:  they ADMIT that, after Bernanke PRINTS UP BILLIONS upon BILLIONS upon BILLIONS upon BILLIONS ($80+ billion... per month!) of QE-4  dollars that DEVALUE the dollars held by savers, retirees, pensioners, and those who must purchase health-care, food, or energy next year,  why...  THE ECONOMY  STILL MIGHT TANK,  "global trade COULD CONTINUE TO DECLINE" !!! ]

Well, there you have it: the LYING WHORE WRITERS at the cowardly, lying, treasonous, Neo-Con bloodthirsty warmongering (on other people's dimes, and other people's blood-&-guts) Washington Post,  KEEP SELLING THE SAME OLD SNAKE OIL: that WHAT BANKERS WANT, is "GOOD FOR THE ECONOMY" -  even as they admit, that Bernake PRINTING UP $80 BILLION PER MONTH  'might' result in a DECREASE IN GLOBAL TRADE next year...

EVERY time the deluded, stupified American public ALLOWS their Con-gress critters to GIVE MONEY to the insanely corrupt banksters,  IT CONTRACTS THE ECONOMY..

....just as the Evil Fed bankers LANDED AMERICA IN THE GREAT DEPRESSION,  a lousy 15 years after they were established by act of Deceit - promising to END financial panics and MAINTAIN FULL EMPLOYMENT!!  on Christmas eve 1913....