12 CRIMINAL Banks - "The WICKED WITCHES OF THE EAST" - Are Running the entire U.S., Europe, & Global Economies INTO THE SEWER of 'DEBT' - "Debt" the Evil bankers CLAIM the VAST MAJORITY of us "OWE" to THEM, the entitled few... AFTER WE 'BAILED OUT' their VAMPIRE blood-sucking banks! This is FINANCIAL RAPE approaching the depth, breadth, and DEHUMANIZING SADISM of the SLAVERY era....

A video produced by RussiaToday breaks through the pall of lies, confusion, smoke & mirrors that obscures the tyrannical abuse of power by the evil Fed bankers and their
bribed & bought-off Con-gressmen, senators, presidents, lesser politicians;  bought-and-owned Media Whores;  and BOUGHT & OWED "economics experts"  who must spout Fed bankster dogma in every college & university in America, or face being PURGED out of that university by the evil Financial Rapists banking cartel -

Russia knows a lot about the horrible impact of the "WICKED WITCHES of the EAST" genocidal bankers & financial rapists of the American East Coast
(who in turn are based on.... and owned by... the London + Paris + Europe Rothschilds & allied jewish banking houses,  who were profiting from genocidal slave trade, the profiting from wars (often, as in the Napoleonic wars, financing both sides),  and profiting from Britain's  genocidal  PUSHING of OPIUM on to CHINA 150 year ago)

the "RADICAL PRIVATIZATION" that the Harvard, Goddamn-Sachs, & other East Coat banksters unleashed on Russia in the early 1990s saw tens of thousands upon millions of Russians lose their state pensions, jobs, apartments, health-care, and means to stay alive...  as jewish/Russian billionaires wound up with all the wealth and resources of that sliced-and-diced economy...(here, here, here, and here).

Harvard Mafia, Andrei Shleifer and the Economic Rape of Russia


below: the sad, serial history, in pictures, tells the tale  of ENGINEERED FINANCIAL 'PANICS'  unleashed by the evil banksters, WHENEVER IT WAS TO THEIR ADVANTAGE TO DO SO.   As we have seen in the 4 years since the 2008 market crash required "BAILOUTS" to "bail out" the FAILED bankers, the EVIL BANKERS would  RATHER HOARD their ill-gotten, printed-out-of-thin-air  'money' or taxpayer & debtor EXTORTED billions $$, than maintain a healthy and productive economy, e.g. lying bankers telling us that they would use "bailouts" to "restore the housing market"... then POCKETING their damn bailouts, and EVICTING HOMEOWNERS using criminal, fraudulent documents and corrupt, dishonest, incompetent, weak judges.... 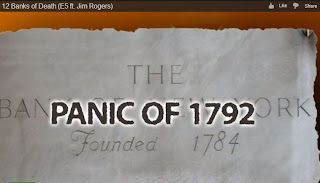 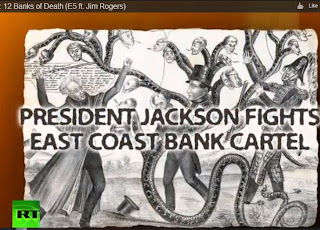 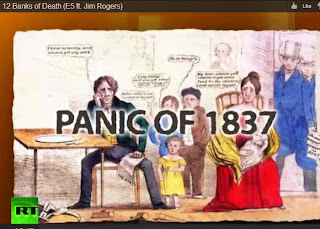 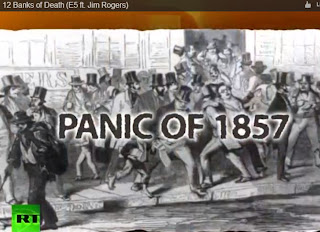 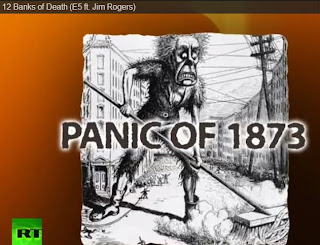 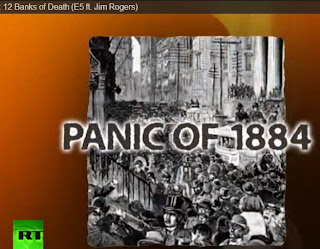 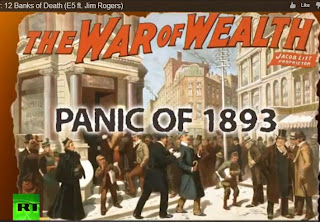 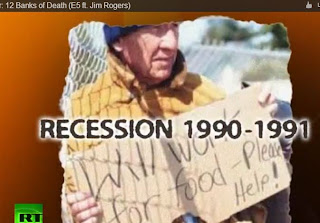 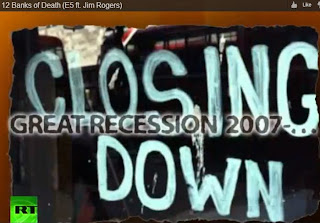 The above scenes of starvation inducing economic contraction over the decades of American history are essentially WHITEWASHED from the history that American school-children  really learn in their years K-1 through high school
(aside from some few well-motivated history students, and even then they don't focus on the financial aspects of these serial economic collapses),
and are today  merely a PRELUDE to the CRIMINAL "AUSTERITY" cuts the TREASONOUS  Con-gresscritters are about to impose on America...

...THEIR OWN BEDS FEATHERED by the CORRUPTION, like Pelosi,  Feinstein, Cheney & Emanuel's ill-gotten millions, PAY-to-PLAY,  & "campaign donations" LEGAL BRIBES, and INSIDER TRADING, they incestuously fornicate with the bankers & financiers they are SUPPOSED TO OVERSEE for the productive good of the entire nation...

bonus:  In two of our many above links citing articles or essays from other sources,  one is a one-hour KPFA audio of Bonnie Falkner interviewing U. Missouri at Kansas City professor Dr. Michael Hudson, in which Dr. Hudson explains the Rubin, Summers, Harvard, IMF, Goddamn-Sachs 'radical privatization' FINANCIAL RAPE of Russia,     the financial rape of Russia that was supported & whitewashed by the entire raft of "Neo-Liberal" economists   who dominate the entire American financial, economic, academic, press/media, & political systems.

In this  Feb. 2010 article "  Deepening Debt Crisis: The Bernanke Reappointment: Be Afraid, Very Afraid'   Dr. Hudson PRESCIENTLY WARNS America that President Obama treacherously putting  JEW BEN BERNANKE   _BACK_ IN CHARGE of the FED
(in spite of Obama's constant, lying pledges that he would bring "change" to America's economic leadership)
would lead directly to a huge American DEBT CRISIS...

...which is exactly where we are today, almost 3 years later.


Here  Dr. Hudson explains that the so-called 'Fiscal Cliff'  "DEBT CRISIS" that he warned us about 3 years ago, is simply the evil bankers using their bought-and-bribed political and press/media whores to EXTORT and EXTRACT an even greater percentage of the nation's wealth, unto their own greedy (to the point of treasonous) pockets, slush-funds, and coffers.

The essential magic of this trick, is that in response to the  BANKING CRISIS that THEY INSTIGATED,  the evil bankers got permission from the politicians to PRINT MONEY OUT OF THIN AIR - genocidal jew Ben Bernanke's so-called "Quantitative Easing"  (which actually followed little Economic Death Squad Leader TIMMY GEITHNER's back-door bailout GIFT to the banksters of $630 billion in raw, freshly printed Fed cash, the so-called "LIQUIDITY INJECTION" of Oct. 2008.
By this deceitful  Geithner/Fed back door, the bankers who OWN the Fed essentially DOUBLED the  more famous $700  billion that Goddamn-Sachs traitor banker Hank Paulson BEGGED out of Nancy Pelosi & EXTORTED out of the 110th Con-gress.)

Now, 3 years later,   the evil bankers are TELLING US Americans that WE OWE THEM EVERYTHING WE OWN,  in exchange for the    "BAILOUTS" we gave them... which at the time the greedy, evil pigs PROMISED US would "SAVE" the economy!

IF the greedy, evil, lying, treasonous banker pigs had told us the truth back in 2009 and 2010 - that GIVING THEM BAILOUTS  would give them an EXCUSE  to EXTORT US OUT OF  __ALL__  OUR WEALTH  3 years later - there would have been even more coordinated and focused outage to the banker induced financial crash & bailouts than there was....