The Nobel prize committee has DISGRACED itself: The Nobel 'peace' Prize has DEGENERATED completely to a NEO-CON FARCE. TOTAL PUPPETS of the JEWISH WAR LOBBY.


If the mantra here at "The Jewish Wars" that  "everything you see, read, and hear in the 'news' about expanding wars, economic chaos, and police state repression spreading world-wide  this past decade is due to the 'Neo-Con' agenda"
(which is just an academic-fluff term to paper over the JEWISH SUPREMACIST TAKEOVER of American & European politics, finance, and grinding government powers to inflict inhumanity upon people everywhere)

...seems too simplistic,  just look at this wretched 'news' story coming out of Europe about the Nobel 'peace prize' being  awarded to the European Union this year: 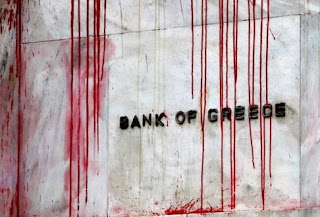 Here's some of the banker funded "peace" that the whores on the Nobel "peace" prize committee applaud... and support....

JUST EXACTLY the way the NAZIs  DID NOT COUNT  DEATH CAMP inmates as real people (much less lawful citizens)....


The EU has a dismal record over the past few years of BOMBING people in various nations, including in Serbia in 1995 and this year in Libya and soon Syria, and the government of the various European Union nations are now using ever more hostile police, in ever larger numbers, to crush and terrorize anti-austerity protestors...


...in an era where the public sees drastic cuts to social program funding, while corrupt politicians, government bureaucrats and  financiers heap billions of dollars of  "DEBT" on those E.U. governments,  from Central Banks that  create that 'debt' out of thin air by writing numbers down in an electronic register...

The EU has become,  like the so-called 'Federal' Reserve in America,  a privately owned rothschilds modeled  DEBT EXTORTION CARTEL,  and the Stockholm, Norway based Nobel 'peace' committee has disgraced itself by awarding its 'peace' prize to the ever more WARMONGERING and DEBT EXTORTION would-be dictators of the E.U.
(note: in the above video, American investor Jim Rogers mistakes Denmark for Norway, where the Nobel committee is actually located.   But his point that neither Norway or Denmark are, themselves, part of the E.U. is valid.)

Just as the murderous  jewish state hired dictator thug, Mikheil Saakashvili, used his israel and U.S. funded military to attack Russian army forces in South Ossetia on 9-08-2008... Saakashvili's  extremely unpopular regime in Georgia is maintained only by crushing heads and arresting anyone who opposes him.
Saakashvili's opposition leaders who get too popular are  accused of "treason for siding with Russia," a convenient excuse for Saakashvili to wipe out his opponents and terrorize the populace while the country is run by a jewish dominated Savak style secret police,  and Georgia's per capita wages and GDP have GONE DOWN from his Communist predecessors, over Saakashvili's relentless warmongering and police-state corruption.


(And why wouldn't the Georgian people prefer to have ties with their Russian neighbor to the north,  over the despicable, genocidal jewish war state and its 'United' States of America puppet?
Its not that the jewish war state is a model of peace and freedom;  and forbidding cultural and economic ties with Russia, would be like prohibiting Americans from doing business with Canada or Mexico.  And if perchance Russia was a "genocidal communist regime" under the Soviet system... for the worst decades of that system it was under GEORGIAN born communist dictator Josef Stalin.)


ALL the above is explained simply by pointing out the ferocious ability of 'THE MONEY POWER' to  BRIBE politicians (elected 'leaders'), bureaucrats, and the editors, publishers, producers, reporters, and academics at any and all 'news' outlets that actually reach any respectable audience.

SOMEONE  put PRESSURE on the Nobel 'peace' prize committee to PUT THEIR STAMP OF APPROVAL on SPREADING POLICE STATE REPRESSION in Europe, and on Europe's ever larger and more hideous role in BOMBING and ATTACKING Mideast and North Africa nations...


If there were any 'justice' in the world, the Nobel prize committee members who voted to give the 'peace' prize to the E.U.  should have to dig the bodies out of the rubble, in Libya,  from those European funded bombs dropped on Libya... or should be made to provide paramedic treatment to those European protesters in Greece, Spain, and elsewhere beat up by financier funded police billy-clubs and jackboots....

Jim Rogers: Nobel Farce Prize won’t save EU from pain, cuts & riots
October 12, 2012
The Nobel academy’s decided that 2012′s best example of delivering peace and harmony is – the EU! Its prize is a million euros – money it can certainly do with right now. But it’ll be tough to swallow for the hundreds of thousands of Europeans who’ve been angrily and violently protesting for years against governments forcing harsh cuts and tougher living conditions on them. For more, RT talks to international investor James Rogers, author of ‘A Gift To My Children’.