The below headline-links and pictures  from today's AllGlobal.com news headlines-
"Thousands of Jews visit tomb of Joshua in Palestinian near Salfit"   illustrate  the GENOCIDAL nature of the Jewish religion: 3,000 years ago Joshua's relentlessly bloodthirsty and mass-murderous warriors MASSACRED every man, woman, and child from dozens of towns, villages, and cities (kingdoms) in Caanan, the so-called  "promised land".... 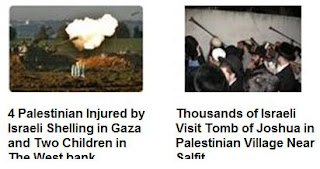 ...3,000 years later (the present)  Jews are STILL worshipping and exalting MASS MURDER, MASSACRE, and GENOCIDAL EXTERMINATION of their neighbors, as THEIR FUNDAMENTAL religious IDENTITY and core of their  "religious faith." 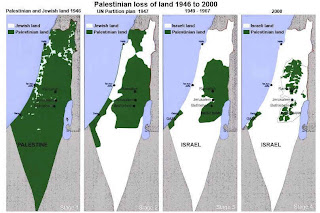 The proof of our above assertion is simplicity itself:  FOR FOUR DECADES, nearly a half century after the "Balfor Declaration" was written, Jews in Europe & America waved the document around like a flag, justifying their ambitions to gain a foothold for their own private state on the eastern Mediterranean.
Today, those same hypocritical Jews IGNORE the Balfour Declaration, which very clearly stated -
"nothing will be done which may prejudice the civil and religious rights of existing non-Jewish communities in Palestine..." 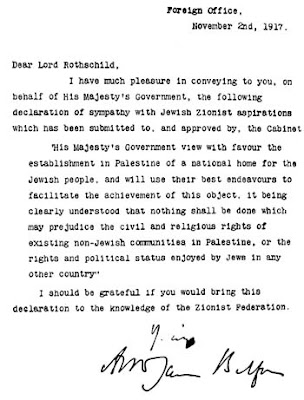 below pictures, right side:  Victims of Jewish ethnic cleansing in Palestine,
conntrasted with photos of victims of Nazi oppression, left side. 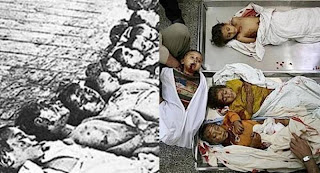 MAKE NO MISTAKE:  the BIBLE   EXALTS THE KILLING OF BABIES AND CHILDREN, repeatedly, over dozens of different generations,  from long before Jerusalem was established as a Jewish city,  with Joshua's bloodthirsty massacre of Jericho...
20 When the trumpets sounded, the army shouted, and at the sound of the trumpet, when the men gave a loud shout, the wall collapsed; so everyone charged straight in, and they took the city. 21 They devoted the city to the LORD and destroyed with the sword every living thing in it—men and women, young and old, cattle, sheep and donkeys.
...to long after Jerusalem had been established and destroyed...
Psalm 137:
"Daughter Babylon, doomed to destruction,
happy is the one who repays you
according to what you have done to us.
9 Happy is the one [the Jew] who seizes your infants
and dashes them against the rocks."

translation: "Happy, or blessed, is the Jew who SMASHES YOUR BABIES TO DEATH."

for thousands of years, Jews have been exulting over the death, massacre, destruction, and wholesale extermination of their neighbors.....

and today, they are engaged in the same "Naziesque" HATE and CONTEMPT of "lesser races."
Posted by verifi at 7:22 AM

Bernanke, and Bush's Jews, and Obama's Jews, have KILLED THE U.S. DOLLAR -

Read it and weep, folks: THE INSANELY GREEDY NEO-CONS who CONTROL Washington D.C. - whether the Bush-Cheney war-mongering, treasury looting, economy gutting, and social safety net slashing Republican Neo-Cons (and here), or  the "of, by, and for Goddamn-Sachs" PRETEND LIBERAL, but actually radical right-wing reactionary war-mongering, Treasury looting, economy gutting, social safety net slashing OBAMA Neo-Cons  - have KILLED the United States dollar, in their brazen,  INSANE GREED to PRINT THEMSELVES   TRILLIONS of dollars of "profits" - at EVERYONE ELSE's expense   via taxpayer extorted "bailouts" and "deregulation" license to larceny, loot, pillage, rape, & plunder investors, consumers, citizens, & taxpayers;  and now Bernanke's  "free money for bankers" "Quantitative Easing"  trillions of dollars of  FIAT MONEY PRINTING.
(An 11% increase in money supply, = a 10% THEFT of money from savings, for those savers who don't receive their share of that increased money printing.)
﻿﻿﻿﻿
﻿﻿﻿﻿   below, the understated prose of a competent market  technical analyst (chart watching market investor) breaks the news that  the OBAMA Neo-Cons have COMPLETED the work STARTED by Bush's Neo-Cons (in Geithner & Bernanke, Obama's Neo-Cons & Bush's Neo-Cons are THE SAME PEOPLE!) - they have, through sheer greed, lies, deceit, bullying, propaganda, and SABOTAGE economics, DESTROYED the "full faith and credit" of the United States as measured in the U.S. dollar.


http://slopeofhope.com/2011/04/fed-vs-us-dollar-by-springheel-jack.html
"The  [JEWISH DOMINATED BERNANKE]  Fed is not a guardian of the US Dollar that inspires much confidence, but even by the Fed's low standards, the mad rush to escape USD that followed the FOMC meeting and statement yesterday was one to remember, and was somewhat reminiscent of watching a crowd trying to escape from a burning theater. There were big spikes in equities, precious metals and in currencies not controlled by the Fed, and there's more coming I'm sure.   (cont'd)

In short, people of the world are FLEEING  the Greenspan/Fed "BERNANKE DOLLARS"... the increasingly WORTHLESS,  JEWISH DOMINATED Fed Bernanke dollars.

But, more simply, we will use the below video to explain   THE PROCESS by which the Neo-Cons HAVE GUTTED the American economy.   Sadly,  even MK.com (and Alex Jones' InfoWars.com)   FAIL to CONNECT THE DOTS  that it is the JEWISH NEO-CONS who are DRIVING, BOTH the  Republican and 'Democratic' parties'    "PRETEND NOT TO NOTICE VAST CORRUPTION IN FINANCIAL MARKETS"  economic sabotage  destruction of the U.S. economy....


FOFA's  epic "Shoeshine Boy" commentary, explains that an 11% increase in money supply, is equal to a 10% THEFT  of SAVINGS  from those who do not receive some of that newly created money - exactly the way that Geithner, Summers and the Jews in the  Obama White House  STABBED Obama voting seniors IN THE BACK, by not granting a Social Security COLA Cost-of-Living-Allowance increase in 2010 or 2011...  the thieving, fraudulent Obama Neo-Cons CLAIMING that there is NO  INFLATION, even as they prod Bernanke to PRINT TRILLIONS MORE DOLLARS that land solely on the balance sheets of their pals at GS, JPM, & Citi  "banks" !!!! )

The ENTIRE  New York, Wall Street,  &  DC corporate media (and entire U.S. government) have been COVERING UP this simple fact, for at least the past 2 years -
...if not the past DOZEN years,  since Alan Greenspan arrived at his "CHEAP MONEY" (FREE money for connected, downstream-from-Fed bankers)  policy to RE-INFLATE the Wall Street market bubble (actually, Greenspan's "cheap money from Fed to Big Banks" first inflated the U.S. real estate bubble when "smart money" fled Wall Street in 1999 after the Dot.com bust)....

postscript:  Senators Franken & Blumenthal (both Jewish) efforts to reign in the titanic,   BLATANT, American economy killing FRAUD, CORRUPTION,  and DOLLAR DEBASEMENT of the Goddamn-Sachs, JPM, Fed (= rothschilds + rockefellers, et al) Neo-Cons   is far too little, far too late.
Indeed, the only word that comes to mind is PATHETIC - the economy killing Neo-Cons are SO FIRMLY IN CONTROL of EVERYTHING in America  - press, media, large banks and financial institutions; the US Con-gress, US Senate, US presidency, US Supreme court,  US war department, US state department, and all other agencies of US government -  that even   well entrenched Jewish senators can't even make more than a peep of protest, mere TOKEN GESTURES against  the DESTRUCTION of America's DOLLAR - much less the SABOTAGE DESTRUCTION of the savings & household wealth, and social safety net  of their sold-down-the-river American  constituents.


Senators Franken and Blumenthal and Representative Johnson Announce Legislation [INTENDING to Give]  Consumers More Power In Courts vs. Corporations
http://www.zerohedge.com/article/senators-franken-and-blumenthal-and-representative-johnson-announce-legislation-giving-consu

Which (above) FEEBLE ATTEMPT at REIGNING IN Wall Street (corporate) corruption WILL GO NOWHERE, anyways!

The Jewish celebration of "Passover" IS AN ATROCITY and a CRIME AGAINST HUMANITY - glorifying the MURDER of BABIES, god's dark hand of death "PASSING OVER" Jewish homes, to KILL BABIES in the night, like a cowardly sneak thief...

We regret having to write this, but SOME ONE HAS TO:  at least 3 times a year,  Jews CELEBRATE festivals or holidays that MARK THE WHOLESALE MURDER of their neighbors.      This sorry list includes Jews celebrating "the (dark) hand of god MURDERING BABIES in the middle of the night,"  includes Jews celebrating the defeat of  Alexander's Greco-Macdeonian heirs for 'Hanukah,'  and they celebrate  the MASSACRE of  PERSIANS with the story of Purim & Queen Esther.

Of these three, only the battle between the Macabees and Greek/Macedonian Seleucids was truly a battle - the other two 'holidays' represent the MASSACRE of DEFENSELESS civilians.   In the story of Queen Esther (who became queen by doing a belly-dance or strip-tease before the Persian king, who was DIVORCING HIS PREVIOUS QUEEN for NOT dancing before his nobles), the bible portrays the revenge of Esther's uncle Mordechai against the Persian king's previous chief minister Haaman as "a battle,"   but if Mordechai at the time of the "battle" COMMANDED the ENTIRE FORCES of the Persian empire (as the king's new prime minister) then how much of a "battle" could it have been?

IF JEWS  CELEBRATE the murder and/or massacre of their neighbors THREE TIMES A YEAR, for the past nearly 3,000 years,  then "holocausts,"  "pogroms," Inquisitions,  and "anti-semitism" are  INEVITABLE BLOW-BACKS !!

Indeed, in the case of "Passover,"  the very WORD "Passover" IS SLY PROPAGANDA: it is the sly compilation of TWO words "Pass" and "over"  to mean  the deadly, murderous hand of god PASSING OVER  Jewish babies, to KILL Egyptian babies.     But most non-Jews don't understand or realize this word-play, and think  "passover" is merely a synonym for the Jews fleeing Egypt.

Closer inspection of the story reveals that  THE MURDER (or "homicide" if you want to DEFINE  "killing of humans by god" as not being "murder")  of Egyptian babies,  IS THE CENTRAL ELEMENT of the Exodus story - for the "almighty god of the universe" could certainly have used some DIFFERENT means to cajole the Egyptian king (pharoah)  to let the Jews escape... but  "god" instead choose the BLOODY, BLUNT, TRAUMATIC, and ham-fisted means of  PLAGUES culminating in the KILLING OF BABIES!
As if the above paragraph isn't quite horrible enough, the bible very specifically states that "GOD MADE Pharoah's HEART HARD" -   "god" INTENTIONALLY CLOUDED Pharoah's judgement, so 'he' - GOD! - could have an EXCUSE to KILL defenseless  BABIES !!
And the above dreadful, dismal story of Jewish TREACHERY - PRAYING for the MURDER of their neighbor's children (in a blood-drenched "splash blood on your home" cabal of death manner) (= "cabalistic")  - comes only a few generations after the Jews sought & beseeched MERCY  FROM the Egyptians,  FROM THE FAMINE that  GOD 'HIMSELF'  SENT AGAINST Israel !!!!

And if the above isn't quite dreadful enough -  WHAT ABOUT THE OTHER people and tribes who REMAINED IN CANAAN,   as Jacob ("Israel") and his sons made the long trek to Egypt to BESEECH MERCY from the Egyptians??     Why,  the FAMINE  MUST NOT HAVE BEEN SO TERRIBLE, because, when Moses & Joshua and their bloodthirsty warriors return to "the promised land" a few generations later,  why,  ALL THEIR NEIGHBORS are doing WELL in Canaan... and have been the entire time "Israel" was off in Egypt!   It looks like Jacob and his sons were, historically, just LOOKING FOR GREENER PASTURES when they went to Egypt, and their descendents, having worn out their welcome,  returned with MASS MURDEROUS INTENT, spouting some wacky, BRAGS ABOUT KILLING BABIES  diety as justification for EXTERMINATING their neighbors in "the holy land" !!!!

The above MAY be "historical conjecture" but 3 things are certain:
#1.  At least 3 times a year, the Jews CELEBRATE the DEATHS of their neighbors;
#2.    For Jews,  "Freedom of Religion" means  FREEDOM to EXTERMINATE their neighbors;
#3.  The celebration of "Passover"  is FOCUSED, NOT on the "Exodus", but on the MURDER OF CHILDREN  by a god who first starves his own people (the FAMINE that drove  Jacob & his sons to Egypt begging mercy), then has the Egyptians grant them mercy; then they wear out their welcome, then they plot and plan a night SPLASHED WITH BLOOD, where they PRAY for the DEATH of their neighbors' babies!!

NO "Holocaust" museum anywhere in the world should exist,   without an explanation somewhere close to the entrance that for 3,000 years the Jewish "faith" DEFINES ITSELF by not only the "Exodus," but by the MASSACRES they inflict on their neighbors, when they have the advantage, the  military & political ability to do so.
Posted by verifi at 4:32 PM